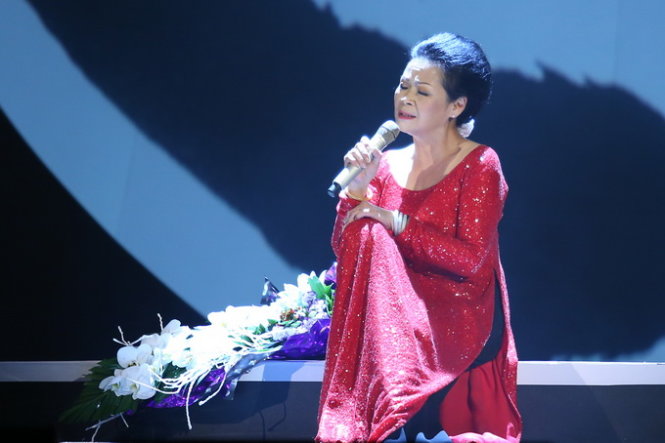 A beloved expat Vietnamese singer is poised to hold two shows in Hanoi and the northern city of Hai Phong later this month.

The show will be held at 8:00 pm on May 22 at the Vietnam National Convention Center, situated at 1 Thang Long Avenue in Nam Tu Liem District.

The concert will see the singer perform several of revered Vietnamese composer Trinh Cong Son’s songs which have made her name.

The event will feature duets by Ly and four other female singers and divas, Anh Tuyet, Hong Nhung, My Linh, and Uyen Linh, who won the third season of Vietnam Idol in 2010.

Ly will also make her debut appearance for her fans in Hai Phong at another show which will see her pair up with four younger male singers, including Hoai Lam, the winner of the second local season of the “Your Face Sounds Familiar” reality show.

The Hai Phong concert will start at 8:00 pm on May 23 at the Youth Culture and Sports Center, located at 45 Lach Tray, Ngo Quyen District.

Local media reported that Ly has been involved in charitable activities, including donating money to 160 eye operations for needy patients, since late last month, when she brought her late husband’s ashes back to Vietnam.

The singer postponed her live show in the southern province of Binh Duong – once again – following her husband’s death in January 2015.

The 70-year-old artist, who lives in the U.S., said she would not be able to sing in the show as she was then mourning the death of her dearly loved husband, who passed away at 71 in California.

The veteran singer held two live shows in Hanoi and the central city of Da Nang on August 2 and 8, 2014, respectively.

These two concerts were overshadowed by a hassle between Ly and Vietnamese composer Pho Duc Phuong, director of the Vietnam Center for Protection of Music Copyright (VCPMC), over the right to use several songs by late composer Son in her musical events. Ly began her singing career in Vietnam in 1962.

Five years later, she met Son, whose songs helped turn her into a legend in the local music area for many following years.

Her fame remained intact during her years living abroad.

Ly left Vietnam for the U.S. in 1975 when the country was reunified following the fall of the former Saigon regime.

In 2012, Ly received a license from the Department of Performing Arts under the Vietnamese Ministry of Culture, Sports, and Tourism, allowing her to sing in her homeland for the first time in nearly four decades.

Trinh Cong Son was a composer, musician, and songwriter widely considered one of the three most important figures of modern Vietnamese music, along with Pham Duy and Van Cao.