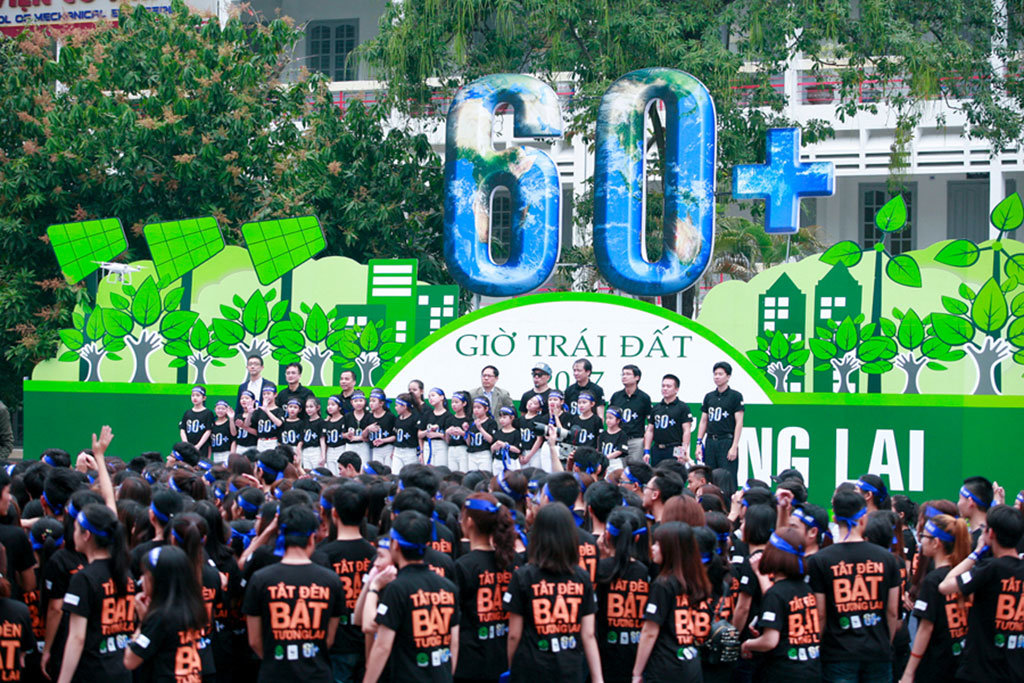 Thousands of Vietnamese youths have taken part in a variety of activities to promote Earth Hour, which will take place on March 25.

The Earth Hour campaign kicked off at the University of Science and Technology in Hanoi on Sunday morning with the aim of raising public awareness of environmental protection, climate change, and energy saving.

The activities were organized by the Ministry of Industry and Trade with the attendance of thousands of local youths and several Vietnamese celebrities, including television host Phan Anh, singer Noo Phuoc Thinh, and Miss Vietnam 2008 runner-up Thuy Van.

Participants partook in a series of activities with the celebrity ambassadors, including a flashmob performed by hundreds of people under the theme ‘Switch Off Lights, Switch On the Future.’

Participants enjoy a series of activities at the event. Photo: Tuoi Tre

Following the event on Sunday, a clutch of programs are scheduled to take place throughout this month to encourage local residents and businesses to take part in Earth Hour.

Earth Hour is a worldwide movement held annually by the World Wide Fund for Nature to encourage individuals, communities, households and businesses to turn off their non-essential lights for one hour as a symbol for their commitment to the planet.

The movement began in Sydney, Australia in 2007 and has since grown to engage more than 7,000 cities and towns worldwide.

A special ceremony will also be organized at the Cach Mang Thang Tam Square in Hanoi.