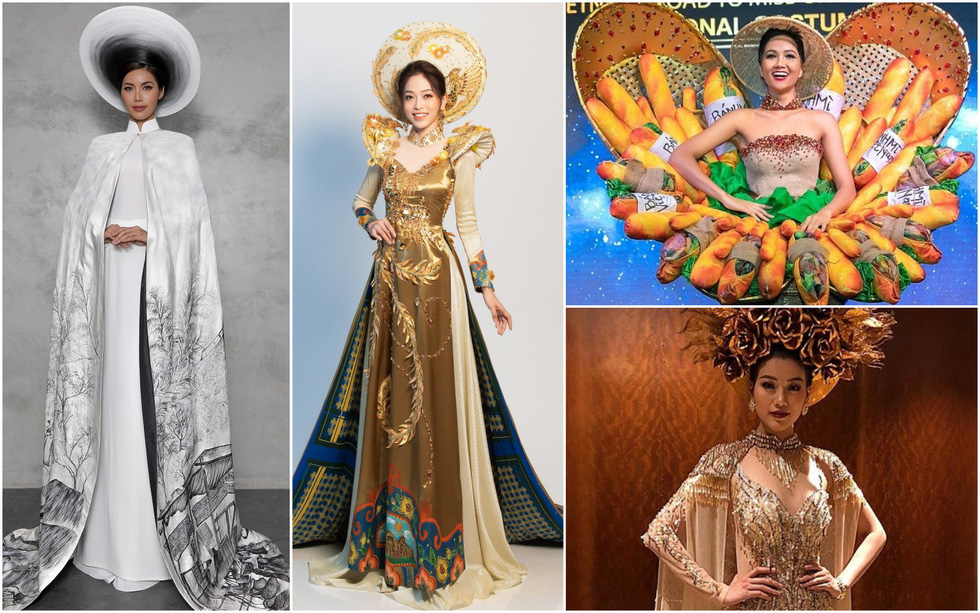 While nearly all of Vietnam’s representatives to international beauty pageants have chosen to don the country’s traditional ‘ao dai’ style dress for the national costume competition, the controversy surrounding the 'banh mi' sandwich-inspired dress expected to represent the Southeast Asian country at the upcoming Miss Universe 2018 competition seems to have no end in sight.

The dress, which will cast Miss Universe Vietnam 2018 H’Hen Nie as a banh mi vendor at this year’s Miss Universe competition in Thailand in December, was the winner of an online contest held to give the general public a say in this year’s costume.

Despite drawing global attention for its quirkiness, worldwide popularity, local Vietnamese seemed to be appalled at the idea of banh mi representing their country’s dress.

A Vietnamese beauty queen wearing anything besides ao dai at an international pageant is a serious break with the historical norms and many view the banh mi dress as a slight on Vietnamese culture.

Past ao dai worn at pageants have run the gamut from breathtaking to forgettable, but regardless of their impression on the judges, each dress managed to cast its own unique spotlight on the country’s rich history.

One of the designs featured a portrait of Bui Thi Xong, a 79-year-old boat rower in famed Hoi An Ancient Town made famous for her “iconic smile” captured in a portrait by French photographer Réhahn.

Also last year, Miss Earth 2018 Phuong Khanh represented the country in a modern-style ao dai which drew inspiration from both Western and Vietnamese cultures, winning the admiration of the judges and helping her to secure the first-place prize amongst contestants from the Asia-Pacific region.

Her costume was highlighted by a handcrafted 3D lotus flower hat.

Nga’s dress drew inspiration from the Phung bird, or phoenix, one of the Four Mythical Creatures of Oriental culture and a symbol of feminism.

This historical cultural design was the second-place national costume in the competition.

To be fair, the banh mi design seems to have had generally positive reactions from international audiences, with photos of it appearing on several reputable beauty forums across the Internet.

French website Missnews even voted it one of the six most beautiful national costumes to be worn at Miss Universe 2018.

Despite the mixed opinions, H’Hen Nie departed for Thailand to participate in the competition on Thursday morning. The finale of the beauty pageant will take place at 7:00 am on December 17.

Beside the concern about the banh mi design, many local fans are eagerly looking forward to the national costume of Miss Vietnam 2018 Tran Tieu Vy at Miss World 2018.

They wondered if the Vietnamese representative would introduce another innovation on the ao dai at one of the world’s biggest beauty contests.