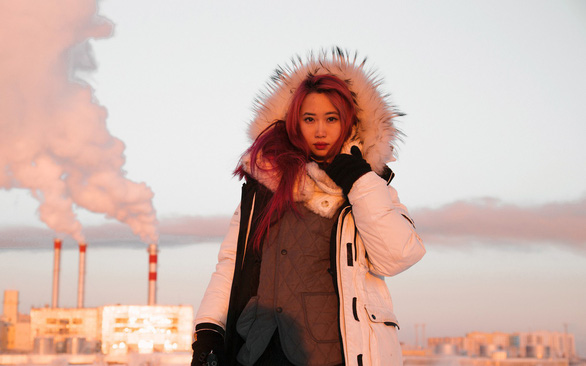 A Vietnamese expat in South Korea is trekking her way up the leader board of an annual contest whose top prize is a trip to the North Pole alongside a crew of like-minded adventure enthusiasts from around the world.

The Fjällräven Polar 2019 contest, hosted by Fjällräven – a winter clothing and outdoor gear brand from Sweden – is part of an annual marketing campaign which invites participants from around the globe to try and earn enough votes to participate in a survival challenge event at the North Pole.

Though sub-zero temperatures are a foreign concept to many in tropical Vietnam, one young woman from the Southeast Asian country is hoping to win the chance to stave of frostbite and hypothermia as she experiences the world’s northernmost, and perhaps most unforgiving, region.

With such an icy adventure at stake, the competition is heating up between the dozens of contests vying for enough votes to earn a one of the two spots available for contestants from each of the world’s ten regions.

Bui Thi Hong Ngoc, 24, is representing Vietnam in the contest and hopes to earn one of two spots available to contestants from the Asia/Oceania region, which also includes Indonesia, the Philippines, Malaysia, Australia, Singapore, New Zealand, and Thailand.

“I just want to share my country’s culture and its wonders with the world. That’s not to say I wouldn’t cherish an opportunity to explore the North Pole,” Ngoc explained.

Having lived abroad quite some time, including in South Korea where she earned a Master of Law degree, Ngoc is well aware of her home country’s image hopes to use the trip as a platform to boost the way Vietnam is seen on the world stage.

Ngoc currently works as a law intern, but her adventurous lifestyle has taken her to some of Asia’s most interesting and far flung destinations.

In 2017, she became the first Vietnamese woman to set foot in Oymyakon village, Russia, widely considered one of the coldest inhabited places on Earth.

The following year, she performed as a Vietnamese model in the 2018 Winter Olympics in Pyeongchange, South Korea.

The harsh conditions at the North Pole might be considerably different than walking a catwalk or visiting a frozen village, but thanks to relentless training and attunement to extreme climate, Ngoc is confident she can overcome the challenge.

As the voting period comes to a close later today, Ngoc is hoping for a victory so, if for nothing else, she has the opportunity to bring and wave her country’s proudly at the top of the world.

“I want to livestream and cast the trip beside my beloved Vietnamese flag.  I want to give off the vibe that the whole of Vietnam is there me!” Ngoc exclaimed.

Toward the end of 2016, Vietnam banded together to help Hoang Le Giang win the chance to explore a 300km (186.4mile) stretch of the North Pole, marking the first Vietnamese presence at the world’s extremes.

The young man only finished his trek in April 2017, fueling the inspiration for hundreds of Vietnamese to go seek the world’s wonders.