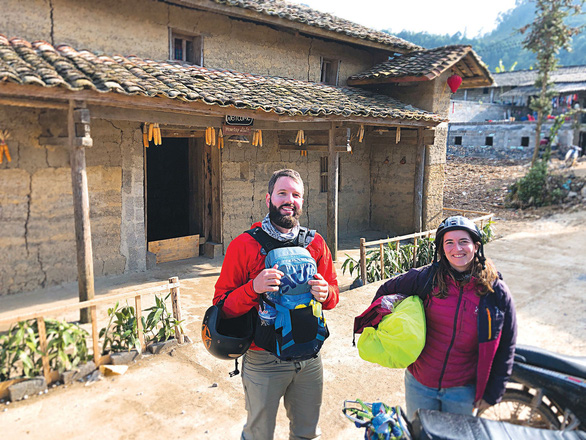 Many homestay services in Vietnam were forced to lower their prices as competition in this sector has increased over the years, making them operate at a loss, hoping that customers will pay for extras so the owners can break even.

According to Vietnam’s annual tourism report in 2018 published by the Vietnam National Administration of Tourism, until that year there had been 28,000 tourist lodging units nationwide and 550,000 rooms, a rise of 2,400 and 42,000 rooms compared to 2017.

Regarding homestays, there was a hike of 7.5 percent compared to 2017.

With increasing competition among homestays, a popular form of hospitality and lodging whereby visitors sleep at the residence of a local of the city they are traveling in, many have started lowering prices to the point that they accept losses in the hope of making up through other paid services that visitors would use.

A homestay in Hoi An, located in central Quang Nam Province, provides accommodations costing VND80,000 (US$3.45) per person for a night and day, according to their website.

However, when Tuoi Tre (Youth) newspaper reporters came to the homestay, the owners were willing to lower their price to VND50,000 ($2.16) per person, explaining they could do so because they did not have to pay for booking websites.

When this homestay was first established, the service was offered at $20 per person for a night and day but due to rising competition, the owners had no choice but to slash their rates.

According to Le Ngoc Thuan, president of the Hoi An Homestay Association, many homestays are offering incredibly low prices, and some are even willing to provide accommodations for free when their customers seem unhappy with the rates.

Similar cases are seen at homestays in other regions.

For instance, at Phong Nha-Ke Bang National Park in Bo Trach District, located in the north-central province of Quang Binh, some homestays provide accommodations for $1 per night per person in low tourist seasons and hope that visitors would use other services to make up for the loss in room rates.

“There have been months when the service revenue is not enough to even pay electricity bills,” Nguyen Huy Toan, owner of a homestay near Phong Nha-Ke Bang National Park, said.

Homestay owners in Hoi An blame the authorities for their current struggle to survive on the market, believing that easing regulations for homestay businesses has resulted in a sudden surge of services and fierce competition in prices, as supply had outgrown demand.

Nguyen Van Hoat, chairman of the People’s Committee of Ninh Hai Commune in the northern province of Ninh Binh, admitted that even though there are many homestays and hotels in the region, the investors and owners are not professionals and do not have experience in the industry so there is a lack of professionalism.

Echoing Hoat's view, Tran Nam Trung, chairman of the People’s Committee of Son Trach Commune in Bo Trach District, Quang Binh Province, where Phong Nha-Ke Bang National Park is located, believes that the boom in the number of homestays across Vietnam has led to the lack of quality, mainly because most owners are farmers that took bank loans but they had no experience in running tourism services.

“They do not truly understand what ‘homestay’ means to provide the best service,” Trung said.

According to the owner of the Ly Phuc homestay in Hoi An, most services in Vietnam are currently operated like guesthouses so visitors come and stay isolated from the locals, no different than a regular hostel.

“Those who are truly looking for homestay services face a lot of difficulties,” the owner said.

The Vietnam National Administration of Tourism has not conducted any inquiry regarding the current situation so as to warn people, Vu Van Thanh, head of the agency's hotel division, said, adding that the administration is simply responsible for providing information for investors to make decisions.