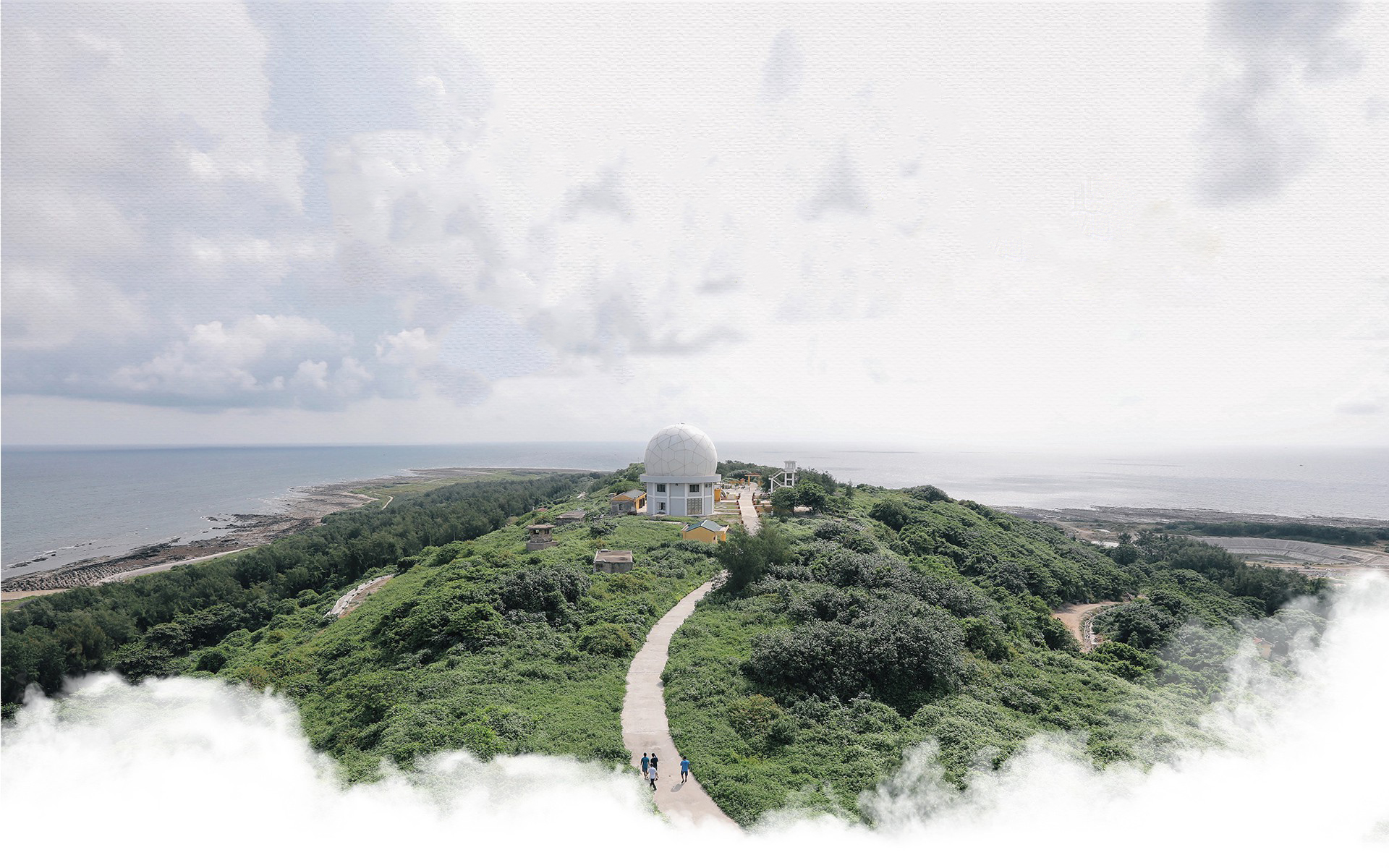 Bach Long Vi, or “White Dragon's Tail,” is an island district about 130 kilometers off the northern coastal city of Hai Phong and Vietnam’s furthest territory in the Gulf of Tonkin.

Getting to the island can be a little tricky. It takes up to ten hours to travel from Hai Phong to Bach Long Vi and the 100-seat boat which travels the route only operates three to four times a month.

Those willing to make the trip, however, can relax while drinking tea in the island's iconic lighthouse located 80 meters above sea level – a top attraction for Bach Long Vi visitors.

The path to the lighthouse is also an attraction itself. Its edges are flanked by a forest of casuarina and pine trees dotted with iridescent flowers.

Located in one of Vietnam’s eight largest fishing grounds in the Gulf of Tonkin, Bach Long Vi is famous for abalone and squid.

Each night, the waters surrounding the island appears to mimic the night sky, with squid fishing boats and their bright lights illuminating the dark ocean as if they were stars.

Other attractions on the island include the 1,000-square-meter Bach Long Pagoda and Bach Long Vi harbor, where storm shelter is provided for about 20,000 ships and boats each year.

The harbor begins its daily bustle at 4:00 am each morning when the squid fishing boats return from the nightly excursions to sell off their catch at the morning market alongside other types of seafood and a variety of household goods.

It’s a busy vibe at the market, with lively conversations, crashing waves, and fish struggling in their tanks, but the atmosphere offers a unique window into daily life on the island.

For locals, life on Bach Long Vi is quite difficult. The heavy amounts of salinity in the air are quick to damage household appliances, and a lack of fresh water can be worrisome at times.

Local residents and military units stationed on the island store rainwater for daily use.

However, the rains are becoming much less regular, with average annual rainfalls measuring a mere 1,100 millimeters.

Like several of Vietnam’s islands, Bach Long Vi is currently under threat from the tons of garbage it produced on a daily basis.

Currently, there is no waste treatment plant on the island so locals simply resort to burying their garbage.

There are no hotels or resorts on Bach Long Vi, either.

Visitors to the island are often hosted by locals or in public guest houses that can accommodate up to 100 people at a time.