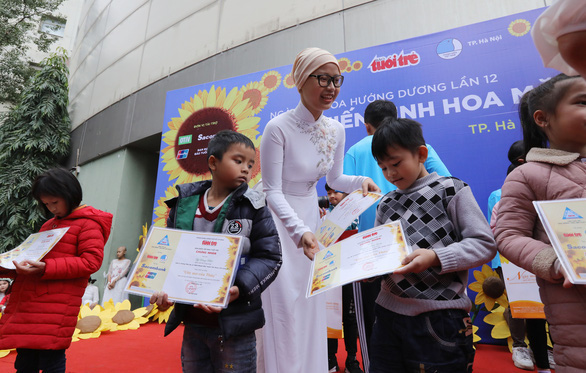 A 19-year-old Vietnamese student currently battling second-stage breast cancer has found not just public recognition of her struggle after participating in a university pageant, but a platform she is happily using to help strengthen those around her.

Dang Tran Thuy Tien, a sophomore at Foreign Trade University (FTU) in Hanoi who first captured the public’s attention after appearing in the FTU Charm beauty pageant despite having been diagnosed with cancer, took home the title of ‘Miss Inspiration’ at the contest’s finale on Sunday.

This is the first year a ‘Miss Inspiration’ has been named at FTU’s biennial pageant, and many feel it is an important addition to the beauty contest, particularly following Tien’s inspirational run at the event just months after being diagnosed with breast cancer in June.

Tien finished seventh out of 12 finalists in the pageant.

According to doctors at National Cancer Hospital (K Hospital) in Hanoi, Tien is the youngest patient they have ever diagnosed with breast cancer.

But the disease seems to have been just a mere speed bump in Tien’s plan to make the most out of her student life at FTU.

Vu Manh Cuong, deputy head of the Department of Communications, Emulation and Rewards under the Ministry of Health, as well as the head judge for FTU's Charm, said that Tien’s confidence and optimism left a strong impression on the panel of judges.

“She showed no signs of a patient suffering from a disease,” Cuong told Tuoi Tre (Youth) newspaper.

“When she appeared onstage and looked across the auditorium, she touched us with her eyes full of love and energy.

“We treated Tien in the contest the same as we would any other contestant, in the fair way that she expects from the people around her."

Cuong applauded Tien’s ambition, dreams, and desire to lead a life of service.

Right before the final night of the FTU Charm competition, instead of preparing herself for it, Tien spent the morning presenting scholarships to cancer-stricken children at the Tuoi Tre-sponsored Sunflower Festival in Hanoi.

The Sunflower Festival is an annual event sponsored by Tuoi Tre and the Vietnam Youth Federation to commemorate the death of Le Thanh Thuy, a high school girl famous for her long fight against bone cancer prior to her surrender on November 2, 2007.

It also promotes the work of 'Thuy’s Dream Foundation,' an organization set up by Tuoi Tre to support children with cancer. 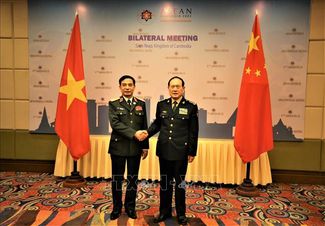 After the opening ceremony, local people have the opportunity to read books in the large and comfortable space of Van Mieu Park

Half of Vietnamese populace to adopt online shopping by 2025: master plan