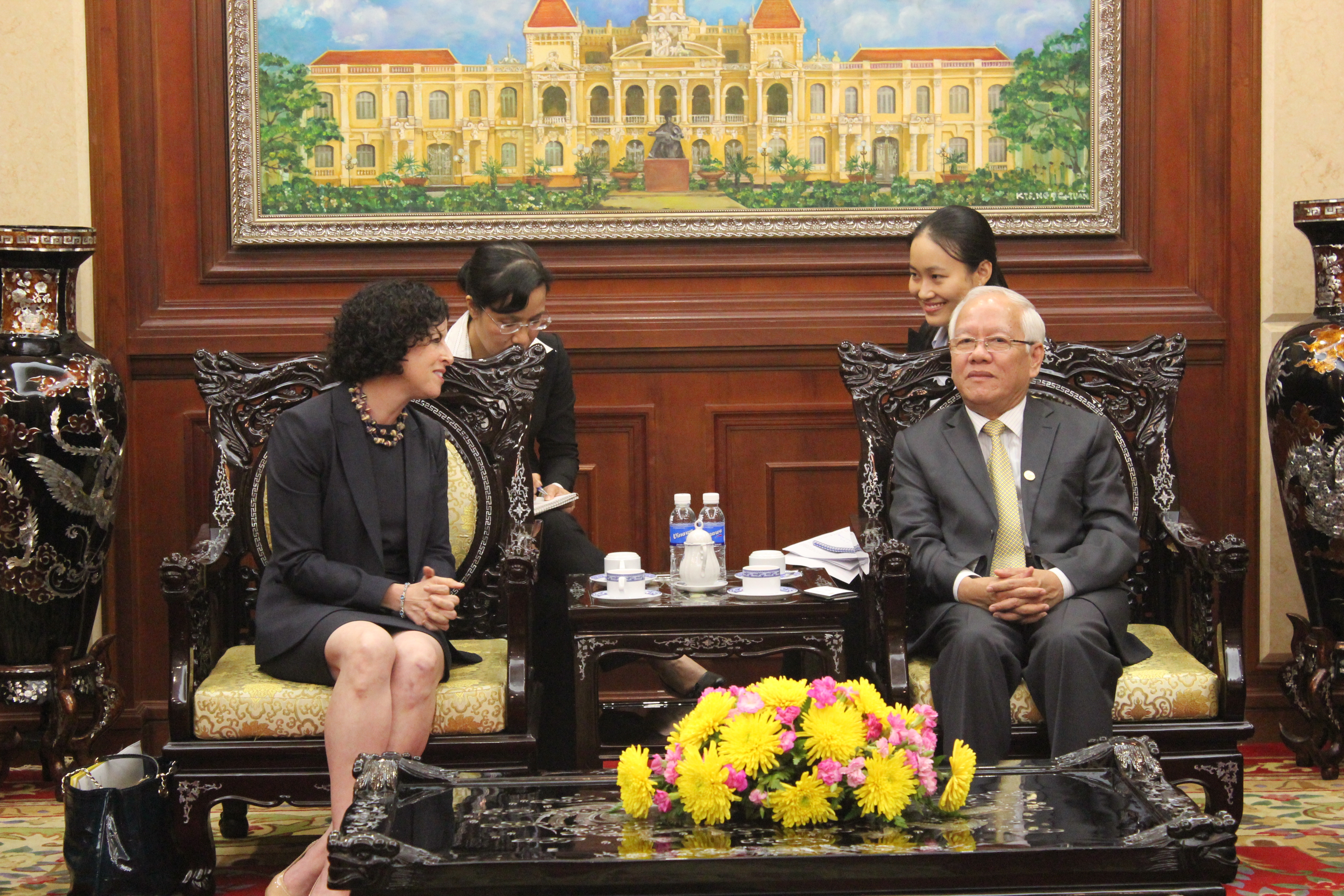 The chairman of the Ho Chi Minh City People's Committee, Le Hoang Quan, received Thursday Rena Bitter, the newly arrived US Consul General, who came to greet the city leader on the occasion of her taking office in the city.

At the meeting, chairman Quan highlighted achievements in trade, investment, education, and tourism the two countries have made since the official establishment of diplomatic ties in 1992.

In response, Bitter expressed her thanks for having been warmly received upon arriving in the city, while sharing with the chairman several priorities she will be focusing on during her three-year term. The most important of these is to continue to boost trade ties between the US and Vietnam, and the TPP negotiation.

Bitter, a career Senior Foreign Service Officer with nearly twenty years in the State Department’s Foreign Service, assumed the new post as US Consul General in HCMC, her first position in Southeast Asia, this month, after her predecessor, Vietnamese - American Le Thanh An, ended his term.

Bitter has served in Europe, the Middle East, Latin America and Washington DC.

She most recently served under Secretary of State Hilary Clinton as Director of the State Department’s Operations Center, the Department’s 24/7 Briefing and Crisis Management Center.