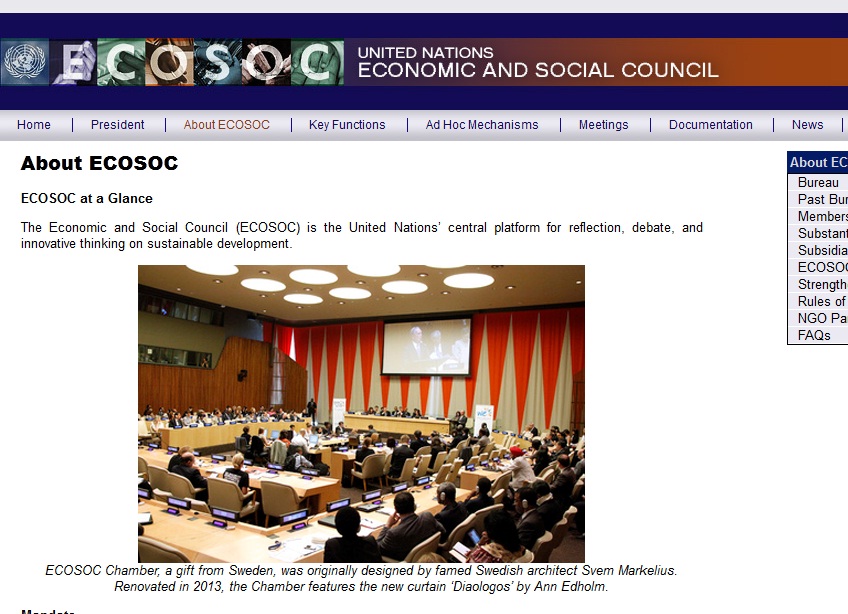 Vietnam has won re-election to the United Nations Economic and Social Council (ECOSOC) with 182 votes for out of the 187 valid ballots and will begin its membership early next year, the Vietnamese Ministry of Foreign Affairs has said.

This is the second time Vietnam has been named on the ECOSOC, after serving its first term from 1998 to 2000.

The re-election marks a step forward in the country’s efforts to implement its foreign policy of independence, self-reliance and proactive and active international integration in line with the Resolution of the 11th National Party Congress and Resolution 22 of the Politburo, the Ministry of Foreign Affairs said in its press release issued on Wednesday.

During the next three years, Vietnam, as an ECOSOC member, will actively contribute to the implementation of the 2030 Agenda for Sustainable Development that was approved by world leaders at a UN summit in September this year, the ministry added.

Vietnam will also offer its opinions about the ECOSOC policies and activities covering global socio-economic aspects.

In addition, the Southeast Asian country will contribute to renovating and improving the efficiency of the operation of the UN to help it better respond to fast changes in the world and meet the expectations of its country members, according to the ministry.

As one of the six main agencies of the UN, the ECOSOC is tasked with carrying out the intergovernmental organization’s economic and social functions through resolving issues related to international economic, social, cultural, educational, health and humanitarian affairs.

As shown on its website, the council is the principal body for coordination, policy review, policy dialogue and recommendations on economic, social and environmental issues, as well as for the implementation of internationally agreed development goals.

The 2016 theme of the ECOSOC is, “Implementing the Post-2015 Development Agenda: Moving from Commitments to Results.”