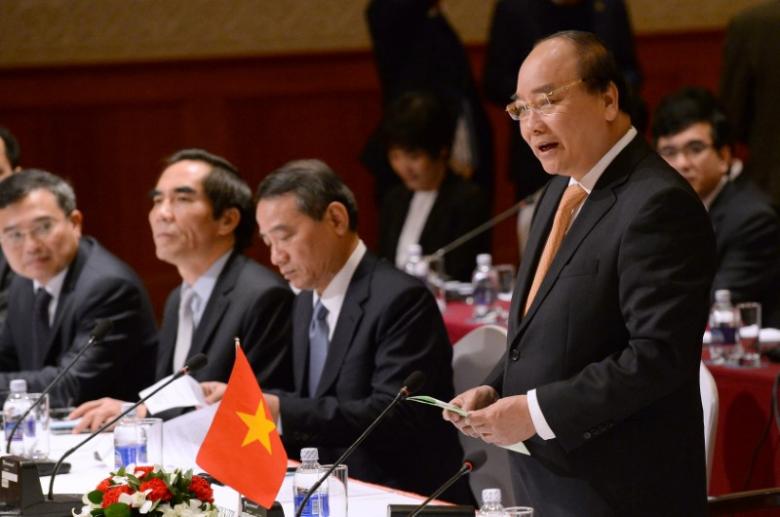 Vietnam's prime minister says he is ready to visit the United States to promote ties between the two countries and work with President Donald Trump's new administration, particularly over trade.

Vietnam had been one of the top potential beneficiaries of the Trans Pacific Partnership free trade agreement cancelled by Trump, but it has also been building links to the United States amid a maritime dispute with China.

Phuc also expressed his wish that the United States continues to be Vietnam's leading trade partner.

The former prime minister Nguyen Tan Dung visited the United States in February 2016 to attend a U.S.-ASEAN summit, but the last official state visit was in 2008.

In a telephone call shortly after his election last year, Trump told Phuc he wanted to further strengthen fast-warming ties between the two countries.

Vietnam advanced ties with the United States to a new level under former U.S. President Barack Obama, keen on the United States maintaining its security presence in Asia in the face of territorial claims by neighbouring China.

China claims most of the East Vietnam Sea, while Taiwan, Malaysia, Vietnam, the Philippines and Brunei claim parts of the sea that commands strategic sea lanes and has rich fishing grounds along with oil and gas deposits.