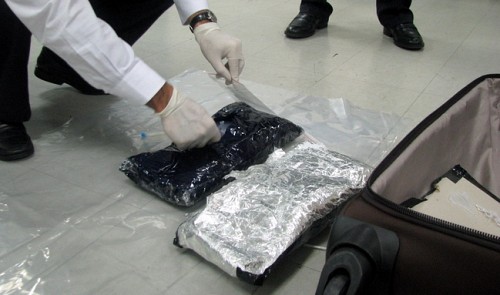 Border authorities in the northern province of Quang Ninh on Thursday announced the seizure of 5kg of methamphetamine stashed in two loudspeakers from China.

The US$81,588 haul was discovered at the Mong Cai international border gate based in Quang Ninh.

They then caught Cuong, who hails from Hai Phong northern city, hiding the methamphetamine or crystal meth in the loudspeakers and arrested him.

Cuong admitted to receiving the meth from a Chinese man in Dongxing, Guangxi and was hired to transport it into Vietnam.

Cuong later hired someone to pack the haul and put it into the loudspeakers.