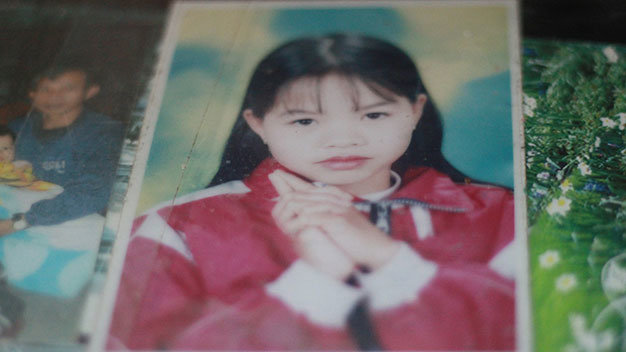 Vietnam demands justice in murder of Vietnamese bride in Korea

The Vietnamese Ministry of Foreign Affairs on Thursday demanded that South Korea strictly punish a Korean man who killed his 28-year-old Vietnamese wife in Korea on Tuesday.

>> Vietnamese woman killed in hotel room in South Korea The demand was made by the ministry’s deputy spokesperson Pham Thu Hang in reply to reporters’ questions about Vietnam’s response to the killing that was covered by South Korean media on December 17. “Today, after receiving the information about the murder, the Vietnamese Ministry of Foreign Affairs has directed the Vietnamese Embassy in the Republic of Korea to urgently coordinate with local authorities in investigating the case and request them to strictly punish the killer and to take measures to prevent similar cases from happening in the future,” Hang said. She also said the ministry has also asked the embassy to closely coordinate with South Korean authorities in controlling and handling violations in international marriage. According to South Korean media, a South Korean man has allegedly strangled his Vietnamese wife, Nguyen Thi Phuong, to death in Cheongdo District, Gyeongsangbuk-do Province, about 300 kilometers from Seoul. Phuong’s father-in-law discovered her body at around 6:30 am in her house on Wednesday and reported the death to local police. The victim’s husband, Lee Cheong Su, was questioned by police later and admitted to strangling her to death. The Vietnamese embassy has contacted local police and was told that the alleged killer suffers from mental disorder at level 3, but he has committed no domestic violence nor shown any abnormal signs. The man said after divorcing his former wife, he married Phuong in 2006 and lived with the woman until he killed her. Because of language differences, the man and his wife could not communicate, leading to increasingly poor relations between them, he told investigators. Police are verifying the man’s testimonies. Meanwhile, the father of the alleged killer said his family loved Phuong very much and the killing surprised him and his wife a lot. Talking with Tuoi Tre over the phone, a Vietnamese person who is working at the Cheongdo District Multicultural Center, said that Phuong’s father has left Vietnam for South Korea on early Thursday to deal with the case. Reportedly, the district authorities will support Phuong’s family in organizing a funeral for her and repatriating her ashes to Vietnam.Second death this month

Phuong is the second Vietnamese woman who has been murdered in South Korea since the beginning of this month.

On December 1, Kim Hee Cheol, a 41-year-old South Korean man, handed himself in to police after allegedly killing of 22-year-old Nguyen Thi Thanh Ngan, at 3 am at a hotel in Jeju on November 30.

The murder occurred just hours after the two met for drinks.

Ngan got acquainted with the man after divorcing her South Korean husband she married in 2012.

Many similar cases have happened in South Korea in the past several years.

In March 2012, the Vietnamese Embassy in South Korea reported that a Vietnamese woman had been killed by her Korean husband.