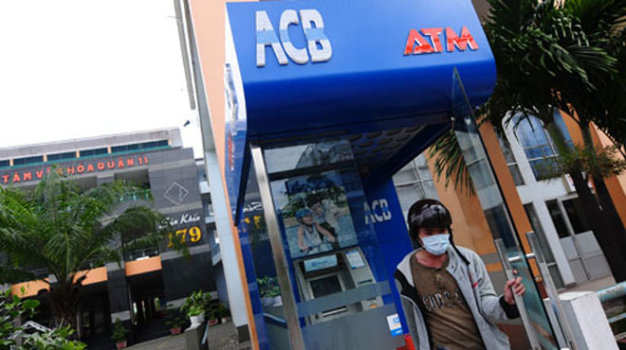 Vietnamese police have detained three Bulgarians who said that they had been hired by a compatriot to fix devices to ATMs to steal cardholders’ information and use fake cards to withdraw cash from the machines, local media reported.

The police department of Hoi An City in the central province of Quang Nam on Thursday said they had handed Georgi Atanason Hadzhigeorgiev, 27, Stanislav Nedelchev Nedialkov, 39, and Dimitar Kolev Mavrov, 19, over to the provincial police for investigation, according to news website Dan Tri.

Hoi An police officers arrested the three Bulgarians on July 27 after catching them installing an electronic device on the ATM of Asia Commercial Bank (ACB) at 106 Ba Trieu Street in the city.

On searching their bodies, police found and seized two sets of electronic equipment including chips, cameras, memory cards and batteries; three mobile phones; their passports; and an amount of money.

Police later searched their home on Xuan Dieu Street in the city and continued to confiscate a lot of electronic devices, computers, ATM card models, ATM card readers, and another amount of cash.

The three detainees told police that they arrived in Hoi An as tourists in April 2015.

A month later, they came to the Why Not bar, where they met a compatriot, named Ivan, who stayed in a rented house in the city’s Tan An Ward.

Ivan then asked the three to join a scam to appropriate money from ATM cardholders, mainly foreigners.

The three agreed and Ivan asked them to fix devices to ATMs to steal the personal information of cardholders.

He also requested them to remove those devices from the machines 24 hours after the installation and bring them back to him.

Based on the stolen information, Ivan created fake cards by using specialized equipment and asked the trio to use the cards to withdraw cash from ATMs.

Before their arrest, the three used such fake cards 15 times to withdraw an amount of cash equal to US$90,000, according to police officers.

After each withdrawal, Ivan paid them VND40 million ($1,830), the detainees told police.

Police officers are searching for Ivan.