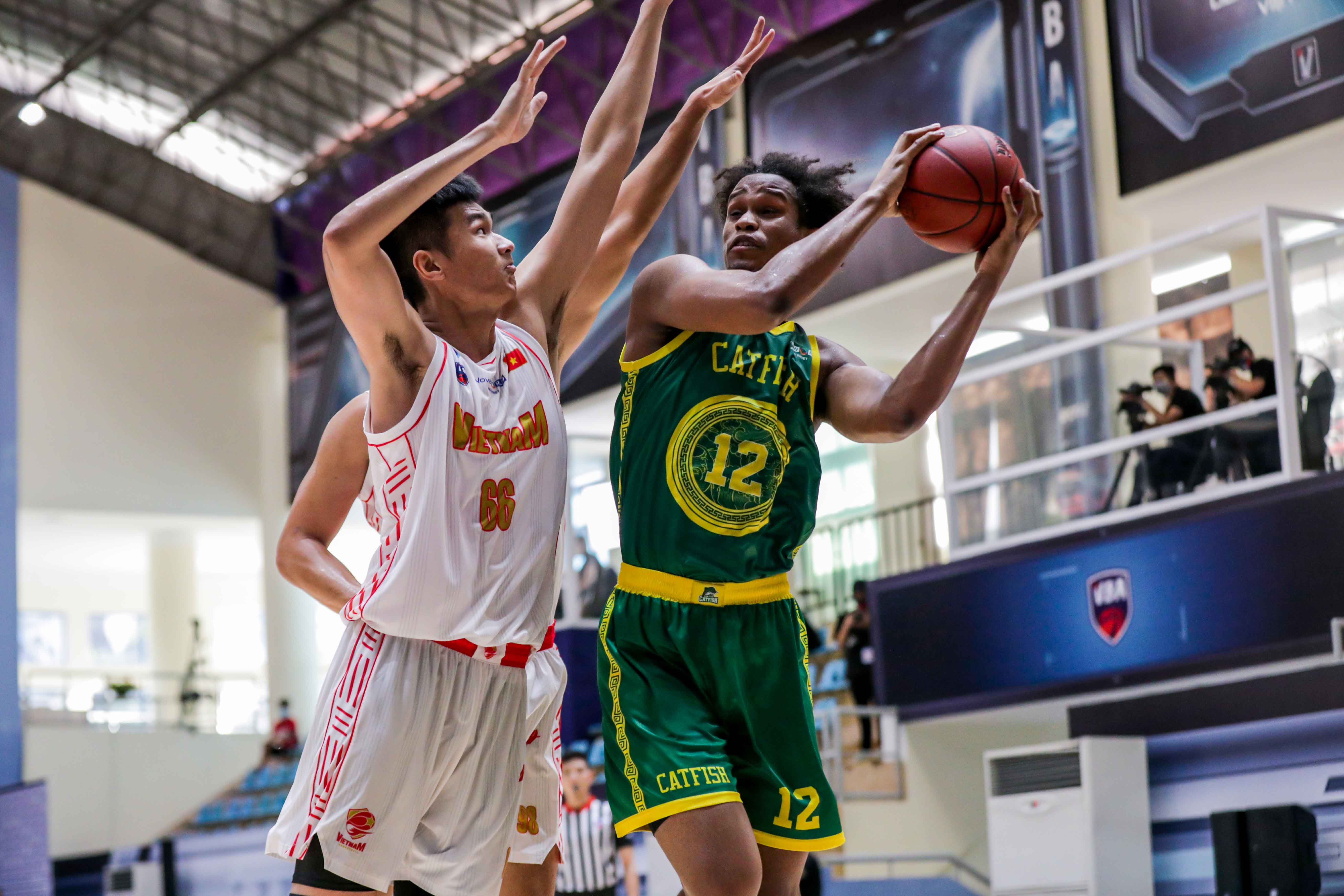 Nguyen Huynh Phu Vinh, a player on Vietnam’s national basketball team, was the first Vietnamese player to have been named game MVP at this year’s VBA Premier Bubble Games - Brought to you by NovaWorld Phan Thiet.

All of the game MVP titles awarded so far this season have been given to foreign players, many of whom tend to be taller and more experienced than the Vietnamese players in the league.

Vinh was the first Vietnamese player to have earned the title at the end of Game 27.

He played his rookie season in the VBA in 2016. He is currently the tallest Vietnamese player in the league and has shown a lot of improvements following years of training.

"I always believe in and give opportunities to young players, but Vinh has shown the fastest and most promising progress,” said Kevin Yurkus, coach of Vietnam’s national basketball team.

In Game 27, Cantho Catfish did not have any foreign players in defensive positions, a decision Yurkus and his players happily exploited.

“I'm very happy and excited with today's win," Vinh shared after the game.

"Individual achievements are not so important to me because the main goal is the victory of the whole team."

Aside from Vinh, several other Vietnamese athletes have shown significant growth this season at the VBA Premier Bubble Games, including Nguyen Van Vinh of Can Tho Catfish and Vietnamese-Swedish player Antony Sundberg of Saigon Heat.

While Vinh has been very impressive in quick counter-attacks and three-pointers, Sundberg is currently leading the league in sinking three-point field goals.

Game 27 of the VBA Premier Bubble Games - Brought to you by NovaWorld Phan Thiet saw the battle between Cantho Catfish and the Vietnamese national basketball team.

Cantho Catfish was unable to respond to the aggressive offense of the national team.

Despite their efforts in the final quarter, the Catfish still lost the game 67-72.