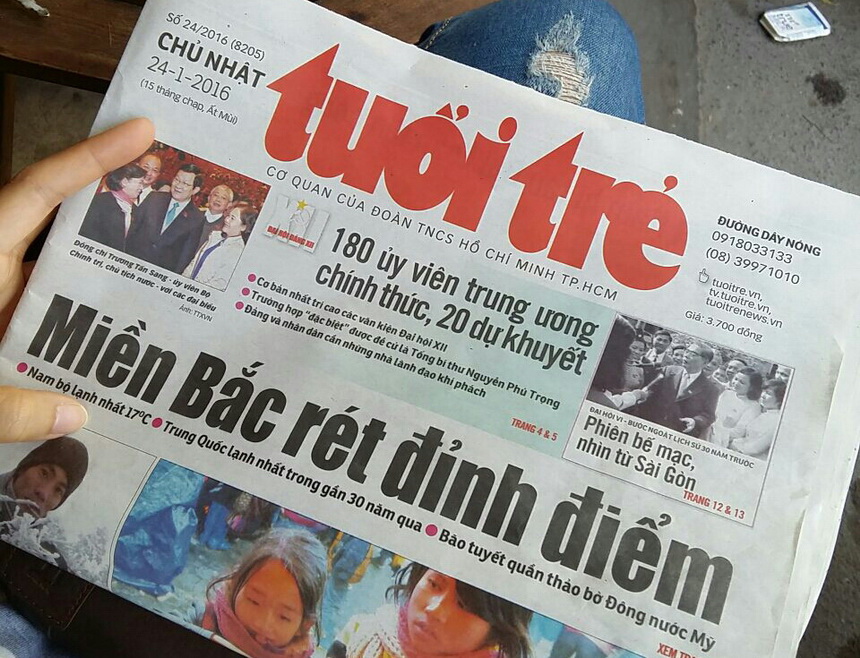 Check out what is in the news today, April 5

-- The 2016 Vietnam Provincial Governance and Public Administration Performance Index announced on Tuesday reveals the Mekong Delta city of Can Tho scored highest regarding resident satisfaction towards’ public officials’ performance and attitudes.

-- Delegates told a press conference on Tuesday that over 4,300 cubic meters of sand has been illegally dredged up from Cua Dai estuary in Hoi An City, located in the central province of Quang Nam, and transported to the nearby city of Da Nang.

-- A fire broke out early Tuesday morning at a student dormitory in Nha Trang City in the south-central province of Khanh Hoa, sending more than 100 students to flee in panic.

-- Border police in the north-central Vietnamese province of Ha Tinh revealed they and their Laotian counterparts on Tuesday busted a drug trafficking ring which operated stealthily in Xay Tha Ni District in the capital of Vientiane, seizing three Laotian suspects and 97 bricks of heroin.

-- Hanoi police disclosed on Tuesday they are detaining five Colombian suspects for committing nearly 100 thefts in several countries, including Vietnam.

-- Border police in southern Ba Ria- Vung Tau Province have seized two fishing boats with up to 100,000 liters of diesel oil on board, with the crewmen failing to provide origin documents for the fuel.

-- Police in Thu Duc District, Ho Chi Minh City have confirmed they had arrested a 47-year-old female suspect for drugging a male taxi driver and robbing him of some cash and a mobile phone in late March, with the driver found dead later in the car.

-- Unseasonal downpours that lashed through southern provinces in recent days have taken a toll on farmers, leaving their rice fields inundated and causing mass deaths of fish and prawn due to sudden water changes.

-- A painting named ‘Family Life’ by revered Vietnamese artist Le Pho was sold for nearly US$1.2 million by Sotheby's Auction House, a global art business based in Hongkong on Sunday.