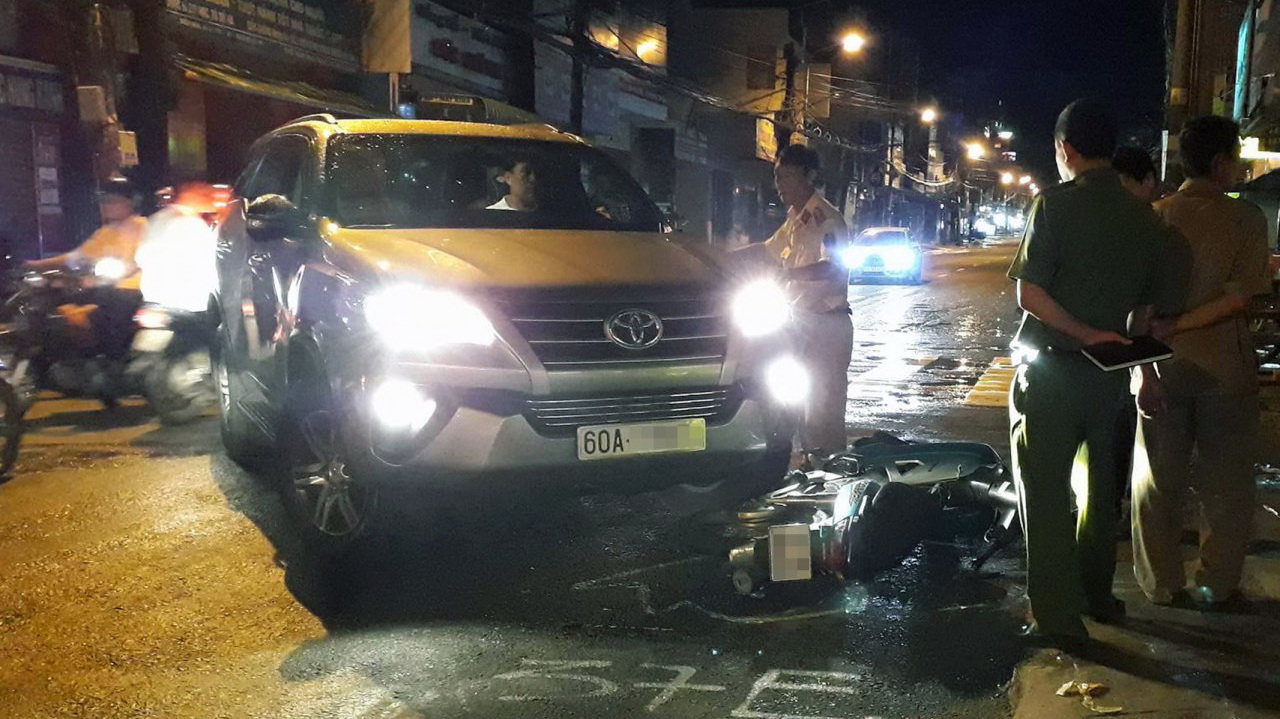 A chaotic scene unfolded in southern Vietnam on Saturday evening when an SUV driver, intimidated by a group of men, slammed his car into many motorbikes before fleeing in panic.

The whole ordeal was recorded on camera and uploaded to social media later the same day, attracting thousands of comments voicing discontent at both sides.

In the footage, a grey SUV could be seen involved in a slight collision with two motorbikes on Pham Van Thuan Street in Bien Hoa City, Dong Nai Province.

Eyewitnesses reported feeling as if the SUV driver “didn’t know how to drive a car.”

After the collision, some angered locals, arming themselves with sticks, tried to smash the car’s front windows and demanded that the driver step outside.

The driver, in panic, thrust forward and hit some other motorbikes before fleeing the scene, still chased by the group of angry men on foot.

According to the eyewitnesses, the incident began at around 8:30 pm on Saturday, when the car in question was involved in a collision with the group of men on Phan Trung Street in the same city.

The men reportedly chased after the car onto Pham Van Thuan Street, leading to the chaotic scene caught on camera.

Local police said the SUV driver had turned himself in right after the incident and was identified as Vu Van Trung, a resident of Binh Da District in Bien Hoa City.

It is still unclear whether Trung was the owner of the car, or if there was anyone else in the vehicle at the time of the confrontation.

Breath alcohol tests showed that Trung was not intoxicated, and authorities were checking if the man had been under the influence of narcotics.

When Trung and police officers returned to the site at 11:00 pm to re-enact the incident, two of the motorbikes involved had already left the scene.

Nobody was injured, according to police. Investigation is underway.

The SUV is parked at the headquarters of Tam Hoa Ward Police after the incident. Photo: Tuoi Tre