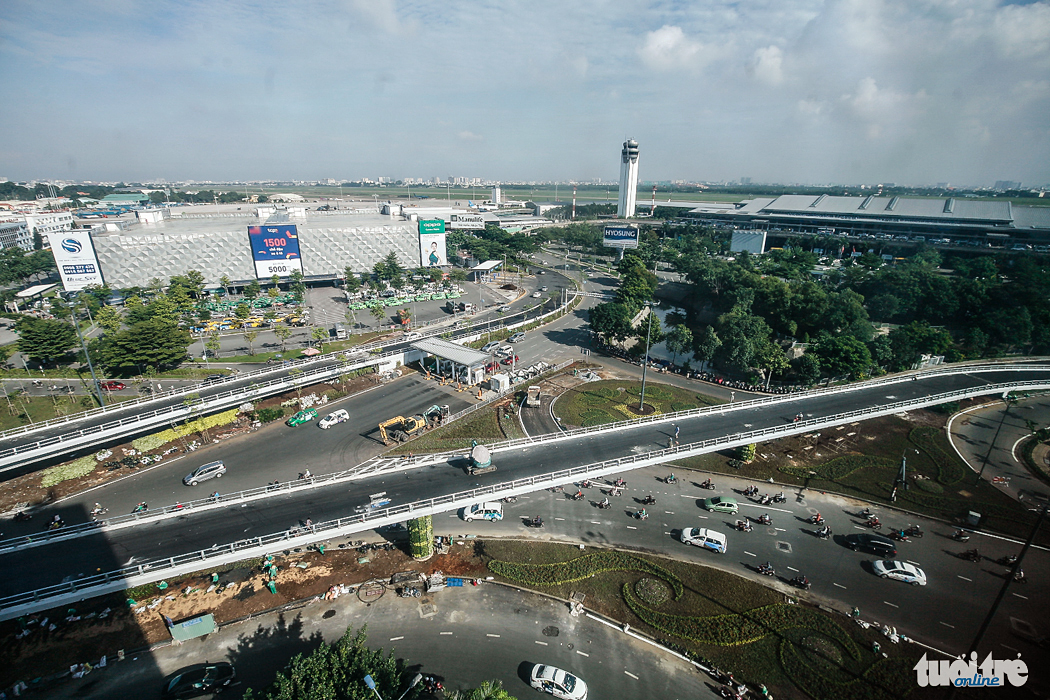 The final touches are being put on two flyovers at the entrances of Tan Son Nhat International Airport in Ho Chi Minh City, which are intended to alleviate frequent congestion in the areas.

As the two overpasses are set to be open to traffic on Monday, July 3, the final building work is being completed to meet the schedule.

The first flyover is a Y-shaped overpass, stemming from Truong Son Street in Tan Binh District before splitting to funnel travelers toward either the domestic or international terminal at the airport.

It was finished two months earlier than the original plan.

The second one is located at the Nguyen Thai Son Roundabout in Go Vap District, allowing vehicles to travel from Hoang Minh Giam to Nguyen Kiem and Nguyen Thai Son Streets.

Proposals for the two flyovers were approved by the prime minister in November 2016.

A worker is seen welding the metal fence on the flyover leading to Tan Son Nhat Airport. Photo: Tuoi Tre

The final phases of the flyover construction are pictured being carried out on July 1, 2017. Photo: Tuoi Tre

Traffic is seen from the overpass at the Nguyen Thai Son Roundabout. Photo: Tuoi Tre