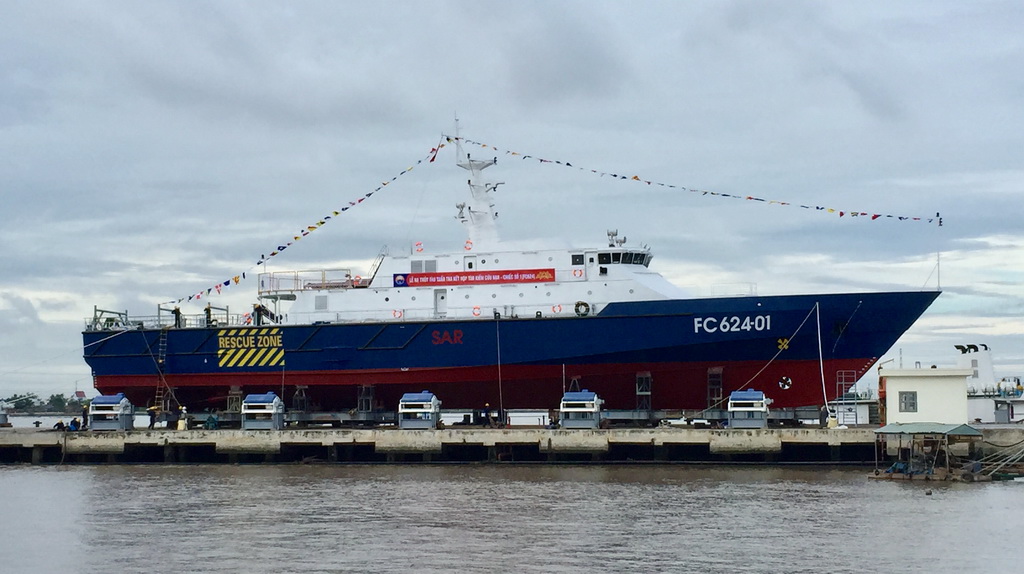 The Vietnamese naval force has welcomed a new patrol and rescue vessel equipped with a helipad, which was locally built and assembled.

The Hai Minh Shipbuilding Company under the Ministry of National Defense on Friday delivered the patrol ship numbered 924 to the Vietnam People’s Navy.

The vessel is specialized in maritime patrols and offshore search and rescue missions and was built in the Southeast Asian country based on the design of Russia’s MTD Company.

The boat is capable of operating for 15 consecutive days at sea and rescue between 100 and 120 people at a time.

It can reach a maximum velocity of over 25 knots and take part in search and rescue missions in rough sea conditions and wind speeds at up to 133km an hour.

The 924 is outfitted with a helipad that meets all requirements set by the Bureau Veritas.

The vessel can aid international search and rescue efforts if requested thanks to its modern Global Maritime Distress and Safety System, GMDSS-A3.

It also includes an operation room, ventilator, ultra sound machine, cardiac pacemaker, and patient monitoring device among other equipment to provide necessary aid for the victims.

Speaking at the ceremony to receive the ship on Friday, Rear Admiral Hoang Hong Ha, Deputy Chief Commander of the Vietnam People's Navy, praised the efforts of the leaders, engineers, and employees of Hai Minh Company.

According to Vu Hai Duong, captain of the patrol ship, all officers and sailors are ready to put the ship into operation.