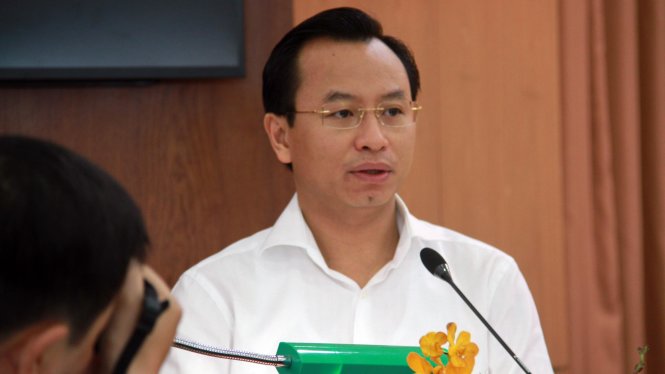 The Central Inspection Committee of the Communist Party of Vietnam has announced several violations committed by the secretary of the central city of Da Nang, including using invalid degrees, and accepting cars and houses as gifts from local businesses.

During its 17th meeting from September 13 to 16 in Hanoi, the committee reached a conclusion regarding multiple offenses of Nguyen Xuan Anh, Secretary of the Party Committee and Chairman of the People’s Council in Da Nang.

One of Anh’s violations was related to the declaration of illegitimate degrees.

Anh studied for a bachelor’s degree in business administration at Humber College, Canada, from February 1995 to September 1998, according to Tuoi Tre (Youth) newspaper’s findings.

Records showed that the Da Nang leader enrolled in a master’s program in business administration at the United States’ California Southern University from March 2001 to September 2002.

From March 2005 to December 2006, Anh completed a doctorate program and earned a PhD in business administration from the same university.

In October 2007, the Southern California University for Professional Studies (SCUPS) was renamed California Southern University, whose degrees are not recognized by the Vietnamese Ministry of Education and Training.

This means that Anh’s master’s and PhD degrees are not valid in the Southeast Asian country.

In 2016, the office of the Da Nang Party Committee received a Toyota Avalon, worth about VND1.3 billion (US$ 57,194) from Minh Hung Phat, a local company, which was later used for Secretary Anh’s commute to work.

Following fierce reactions from the media and public, as well as in accordance with a directive from Prime Minister Nguyen Xuan Phuc, the automobile was returned to Minh Hung Phat in March 2017.

Anh, as a leader, is also responsible for multiple wrongdoings committed by the standing board of the Da Nang Party Committee of the 2015-20 term, namely rotating and appointing some officials against the Party’s regulations.

The board made several unauthorized decisions, allowing businesses to use and implement projects on public land.

The lax management and supervision of the municipal Party Committee regarding land and urban order has also resulted in various negativities, upsetting local residents.

The Central Inspection Committee considered that the offenses are serious and affect the trust of the people, requiring disciplinary actions to follow.

He also became Chairman of the municipal People’s Council for the same term in June 2016.

The city’s leader has been famous for his statements against the abuse of authority, wastefulness, and corruption among officials.