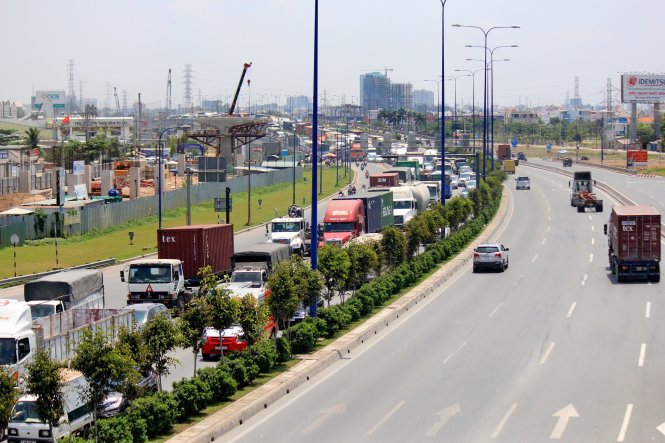 Check out the news you should not miss today, September 25:

-- Minister of Defense Ngo Xuan Lich led a Vietnamese delegation in several exchange activities in the southwestern Chinese province of Yunnan on Sunday, as part of the three-day Vietnam-China border defense friendship exchange program, during which both sides are committed to working together to maintain a peaceful border.

-- A magnitude-2.5 earthquake occurred in the northern province of Dien Bien on Sunday, causing no damage to households or infrastructure due to its small scale and short aftermath.

-- Police in Bien Hoa, the capital of the southern province of Dong Nai, said on Sunday they had arrested 18 people on charges of "organizing gambling" following a raid on a major Chinese-run gambling den last week.

-- A tropical depression forming off the Chinese island of Hainan is moving toward the Gulf of Tonkin and is expected to bring strong winds and rains to Vietnam’s Hai Phong City and Quang Ninh Province later today, September 25.

-- Separate groups of Vietnamese and Japanese engineers on Sunday held ceremonies to pay tribute to 55 workers who died in the collapse of the road to the Can Tho Bridge abuilding then in the eponymous city in Vietnam’s Mekong Delta a decade ago, September 26, 2007.

-- The Ho Chi Minh City transport department has approved the construction of a VND429 billion (US$18.9 million) road to help ease chronic congestion on streets leading to the local Cat Lai Port.

-- Even though most Vietnamese organizations and businesses started paying employees via bank transfer nearly a decade ago, local consumers are still not familiar with cashless payment but tend to withdraw all of their incomes in cash for use.

-- China could overthrow the U.S. to become the biggest importer of Vietnam’s catfish, according to the Vietnam Pangasius Association.