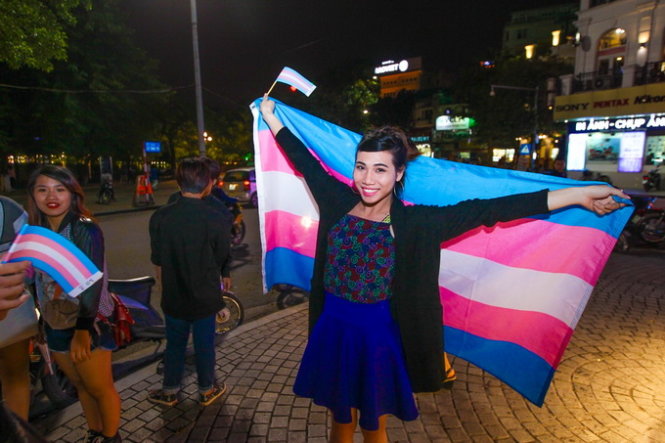 Vietnam is looking to draft a law to provide official legal status to transgender people, including those who have undergone sex reassignment surgery and those who have not.

The country is home to an estimated transgender population of 270,000-300,000, thousands of whom have undergone sex changes in foreign countries, according to Ministry of Health statistics.

These people have since faced legal and administrative challenges due to a lack of recognition for their gender identity, said Nguyen Huy Quang, director of the ministry’s legal department.

Vietnam has made major breakthroughs in improving transgender rights in recent years, including a landmark vote in late 2015 by the country’s lawmaking National Assembly to pass an amended Civil Code that for the first time recognized transgender people.

The code, which took effect in January last year, allowed people who have undergone sex reassignment surgery to register under their new gender.

However, as there are no existing laws governing the multiple issues surrounding the recognition of transgender people, the community still faces difficulty in getting access to healthcare, banking and public services to name just a few things, Quang noted.

The draft Law on Transgender, set to be submitted to the National Assembly for review in 2019, will be the first step toward passing a law to resolve such issues, he added.

“The law will enable a more comprehensive view of the transgender community, which is a particularly vulnerable group of citizens,” Quang said.

“The lack of legal recognition has rendered them ‘invisible’ in the eyes of the law and led them to face tremendous difficulties in life.”