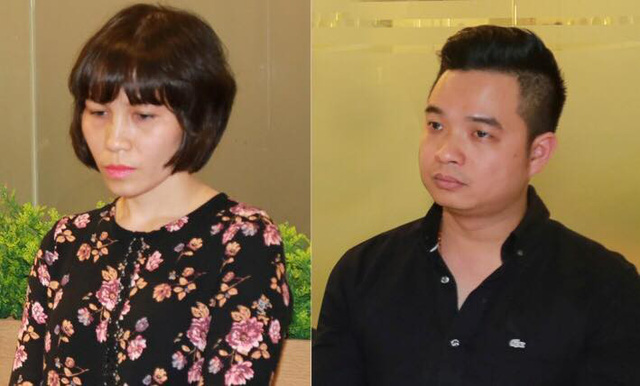 Officers in the northern Vietnamese province of Phu Tho have begun probing four business leaders for their participation in a large-scale online gambling ring that involves several senior policemen.

The provincial Department of Police initiated legal proceedings against four new suspects, three of whom were then arrested, on Monday for involvement in the illegal operation masterminded by Phan Sao Nam and Do Van Duong.

On Saturday last week, Phan Van Vinh, who retired as director general of the Police General Department in 2017, was taken into custody for four months for an investigation into his role in the gambling ring.

Major General Nguyen Thanh Hoa, former head of the hi-tech crime prevention division under the Ministry of Public Security, was arrested on March 11 and is accused of “organizing gambling” relating to this case.

The other two, Nguyen Dinh Chien, 42, chairman of the TNC Technology JSC, and Le Anh Tuan, 35, the firm’s director, are investigated for the illicit sale of invoices.

Anh, Minh, and Chien are in custody, while Tuan is not, but he is required not to leave town.

The four suspects were in charge of offering recharge services for online gambling activities via the website Rikvip/Tip.club, as well as conducting the illegal trade of invoices to legalize the money they had pocketed via the unlawful operations.

Officers have also searched their houses in Hanoi to collect relevant documents.

Luu Thi Hong, general director of CNC, and another woman named Le Thi Lan Thanh were previously nabbed for their primary roles in the sale of invoices.

Competent authorities have initiated legal procedures against 88 suspects so far, of whom 40 have been arrested.