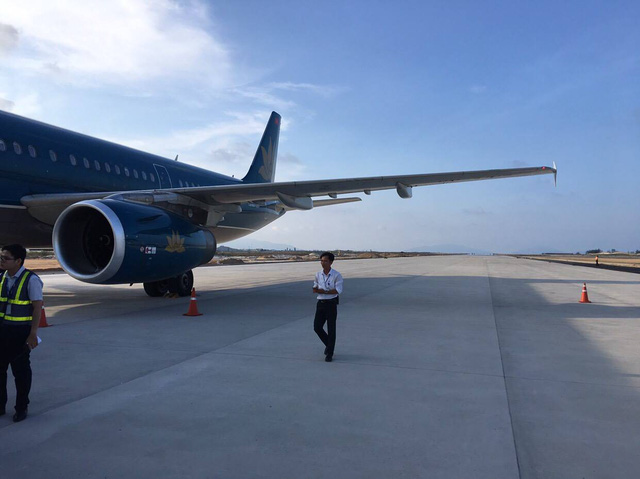 A Vietnam Airlines plane carrying more than 200 passengers landed on a runway under construction in an airport in south-central Vietnam on Sunday.

The flight VN 7344, departing from Ho Chi Minh City at 2:00 pm on Sunday, touched down on the runway No.2 at Cam Ranh Airport in Khanh Hoa Province, at 2:53 pm, a Vietnam Airlines representative confirmed later the same day.

The runway is under construction and has yet to be put into use.

The flight was captained by an American pilot, with a seven-member crew and 203 passengers. No one were hurt in the incident.

A Civil Aviation Authority of Vietnam also confirmed the incident, asserting that all crew members and passengers on the affected flight were safe.

A source close to Tuoi Tre (Youth) newspaper said the airport was to blame for not putting a clear banner to indicate the under-construction and operational runways.

The crew of the VN 7344 flight and air traffic management employees in charge of the flight were suspended from work for investigation.

Aviation experts said the incident was a severe breach of air safety and could have caused serious consequences.

Deputy Minister of Transport Le Dinh Tho told Tuoi Tre on Monday that Prime Minister Nguyen Xuan Phuc has been briefed of the case.