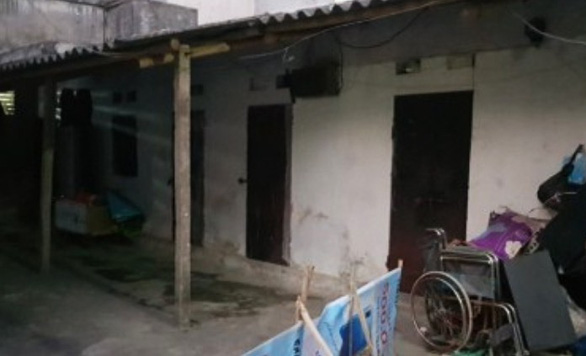 Police in the northern Vietnamese province of Thai Binh have captured two men for reportedly raping a disabled woman at her tenanted house in late November.

Officers under the Department of Police in Thai Binh City, capital of the namesake province, affirmed on Saturday they had initiated legal proceedings against Pham Van Net, 40, and Nguyen Huy Thiem, 38.

The two will be held in custody for four months to assist the investigation into the purported crime.

The victim is Chu Thi P., a 31-year-old ethnic minority woman from northern Lang Son Province, who is unable to walk due to an accident that happened when she was young and has to be in a wheelchair most of the time.

Aside from a monthly allowance, P. has to earn a living as a street vendor in Thai Binh City. She lives with her friend in a rented home in Tien Phong Ward.

At around 1:00 pm on November 21, Net and Thiem entered P.’s house and raped P., who resisted in vain, according to police records.

It took P. about a week to report the incident to police officers.

At the police station, the two suspects admitted to the rape.

Net said he had left his hometown in the north-central province of Thanh Hoa for Thai Binh City in 2012, earning a living by forming a group of street vendors consisting of disabled and underprivileged people.

The man rented homes for his members and provided products for them to sell along local streets.

These members were then required to pay him a certain amount of money after selling the goods. P. was among the members of this group.

Local authorities are gathering relevant documents and evidence to deal with the case in accordance with the law.

P. was taken to the provincial Center for Social Work and Social Protection on November 27 and stayed there for four days, before her family took her home in Lang Son Province.