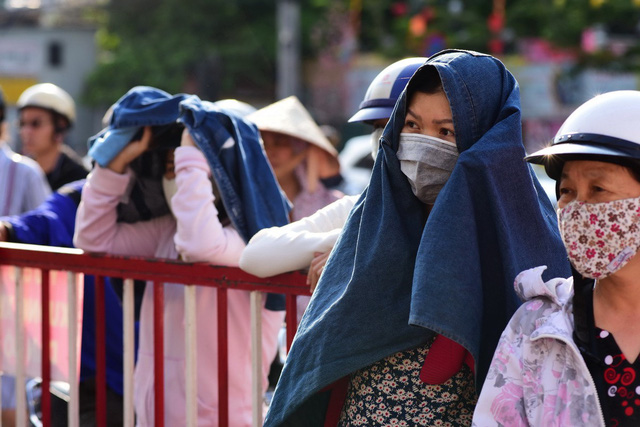 Extreme heat has been baking places in southern Vietnam over the past few days and is forecast to continue as the region enters the dry season.

Highs across many southern localities, including Ho Chi Minh City, have recently reached 35 to 36 degrees Celsius, according to Le Dinh Quyet, an official from the southern hydro-meteorological station.

The weather, however, remains cool and pleasant at night and in the early morning as mercury falls to between 23 and 26 degrees Celsius.

The UV Index reached 10 out of 12 on Thursday – a very high level which could negatively affect the skin and eyes, the weather pundit stated.

Residents are advised to stay inside during the hottest time of the day or protect themselves from UV rays if they need to go out.

As southern Vietnam is entering the dry season, this weather pattern will continue until February 20, with very little chance of rain.

After that, temperatures in the region will rise even higher, Quyet added.

Meanwhile, the weather is still pleasant in northern Vietnam, with temperatures varying from 19 to 27 degrees Celsius, the National Center for Hydro-meteorological Forecasting reported.

The atmosphere may turn colder at night and early in the morning.

Light showers and fog are also in the forecast in some areas.