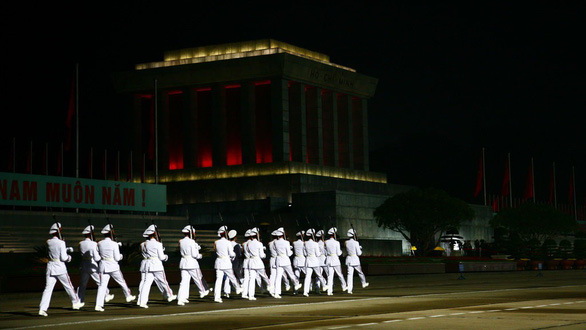 A state-level medical scientific council has been formed to assess the condition of President Ho Chi Minh’s embalmed body, which is currently entombed at his mausoleum in Hanoi.

The establishment of the council was approved by Prime Minister Nguyen Xuan Phuc, according to the Vietnam News Agency.

The four Russian scientists include Prof. Banin Victor Vasilievich and Sidelnikov Nikolai Ivanovich, who are working at the Russian Academy of Sciences, Prof. Matveychuk Igor Vasilievich, an official from a Russian research institute, and Prof. Gribunov Iury Pavlovich, chief surgeon at the Russian presidential office’s hospital.

Apart from examining and assessing the condition of President Ho Chi Minh’s body, which has been preserved for the past 50 years, the council will develop a proposal for research cooperation and scientific and technical solutions in service of the work. After his death on September 2, 1969, the late Vietnamese president was embalmed and later put on display at the Ho Chi Minh Mausoleum, whose construction began in 1973 and was finished two years later.

The Ho Chi Minh Mausoleum is an important landmark in Hanoi and is considered integral to the political and social history of Vietnam.