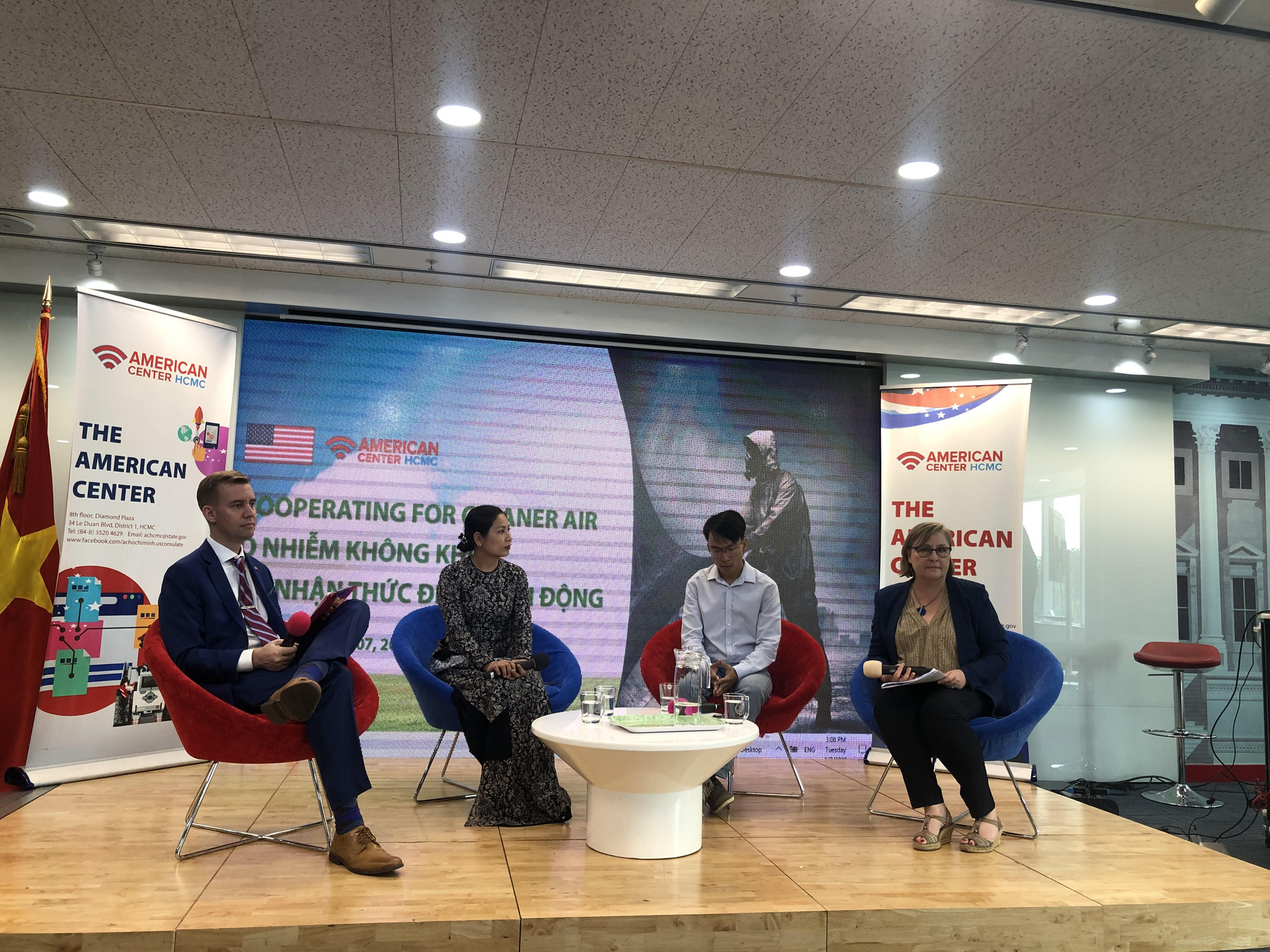 An additional 13 air quality monitors have been installed in Ho Chi Minh City using funds from the U.S. Consulate General and UNICEF Vietnam.

It was publicly announced at an event hosted at the American Center in Ho Chi Minh City on Tuesday that a total of 13 air quality monitors had been added in the southern metropolis thanks to the sponsorships.

Most of the monitors were installed at public schools and centers for protecting children, as children are among groups most vulnerable to air pollution, officials said at the event.

The new monitor stations are in Districts 2, 3, 7, and 9, and in Binh Thanh, Hoc Mon, Phu Nhuan and Go Vap Districts.

“During breaktimes, the kids at my school would curiously stand around the air quality station to read indexes such as CO2, PM2.5, and moisture.

"They have learned the implications of these figures."

An said she and her students used to think that the air quality in the Thanh Da area where their school was located would be better than elsewhere in the city, but they were mistaken.

"The index clearly shows that the air here is often worse than other areas in Ho Chi Minh City," An said.

"Since knowing this information, the children at my school have been more willing to participate in reducing trash, separating wastes, and taking care of our school garden as small contributions toward protecting the environment."

In 2019, air quality became a much more prevalent issue in Vietnam following periods of extreme pollution in Hanoi and Ho Chi Minh City between September and November.

Last year also marked the first time ever that the Ministry of Health had started regularly educating and informing the public about the country's air quality.

As Ho Chi Minh City continues to grow, it will face the challenges many growing metropolitan areas already face - how to effectively address the by-products of economic growth and modernization, including pollution.

“The air quality monitor project provides a great example of how we can partner with Vietnam to meet the challenges of your thriving economy," U.S. Consul General Marie C. Damour remarked at Tuesday's event.

"It also reflects the cooperation and support that has become synonymous with our bilateral relationship."

The air quality monitors used in the program were purchased from AirVisual.

The expanded coverage of monitors will facilitate further research on air quality in the city, said Tue Phan, a program coordinator for CHANGE, a non-governmental organization that works to bring about sustainable change to environmental and developmental sectors.

UNICEF Vietnam is one of more than 190 offices of the United Nations Children’s Fund globally, working to promote and protect the rights of children.