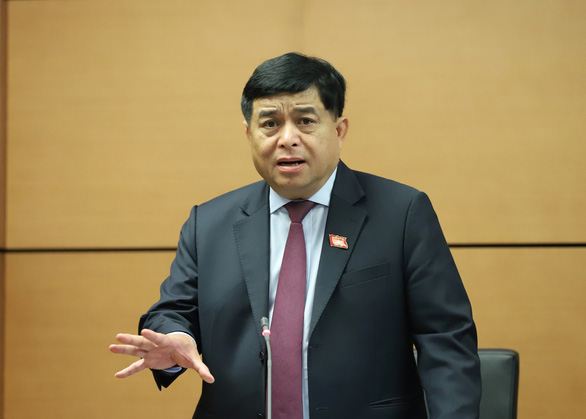 Vietnamese Planning and Investment Minister Nguyen Chi Dung has tested negative for the novel coronavirus disease (COVID-19) despite sitting in the same business class with a confirmed patient on a London - Hanoi flight this month, the ministry said on Saturday.

Minister Dung was on Vietnam Airlines flight VN0054 from London that landed at Noi Bai International Airport in Hanoi at 4:30 am on March 2.

On the same flight was N.H.N., who was confirmed as Vietnam’s 17th COVID-19 patient on Friday evening.

Both Dung and N. were seated in the same business class. The minister occupied seat 1A while N. was in seat 5K, which were four rows apart.

There were 201 passengers on the flight, including 21 in the business class, Vietnam Airlines General Director Duong Tri Thanh said on Saturday.

Eighteen of the business-class passengers were foreigners while the remaining three were Vietnamese nationals, namely N., Dung, and another Ministry of Planning and Investment official who was accompanying Dung on a business trip, Thanh said.

Only passengers in seats 4G, 4K, 5G, 6G, and 6K, as well as meal-serving flight attendants, are considered people having close contact with the COVID-19 patient in seat 5K, the Vietnam Airlines leader elaborated.

Both Dung and his companion were seated 4-5 meters away from the patient, and did not share the walkway with her, Hanoi Chairman Nguyen Duc Chung said.

As N. wore a face mask on the plane and did not board or deboard at the same time as economy-class passengers, not all 217 passengers and crew members on the flight were at high risk of infection, he added.

Although coronavirus test results of Minister Dung came out negative on Saturday, he will be quarantined for 14 days as is required for all other passengers on the same flight.

The headquarters of the Ministry of Planning and Investment in Hanoi was also disinfected on Saturday.

The plane used to operate the London - Hanoi flight has also been used for six other flights to Ho Chi Minh City, the UK, and other foreign destinations since then.

Five passengers, including one Vietnamese and four foreigners, have occupied the same seat as N. on these flights.

One passenger who was in seat 5K of the plane on a Hanoi - Ho Chi Minh City flight on the morning of March 2 is at the highest risk of infection.

The plane has been grounded for disinfection since Saturday morning.

COVID-19, which first surfaced in the central Chinese city of Wuhan in December 2019, has infected over 102,300 people and killed 3,491 globally as of Saturday afternoon, according to the Vietnamese Ministry of Health.

Vietnam has so far confirmed 20 infections, including 17 Vietnamese, two Chinese nationals and one Vietnamese American.

Sixteen of the patients have recovered and been discharged from the hospital. Friday’s confirmed case was the first reported infection in Vietnam since February 13.