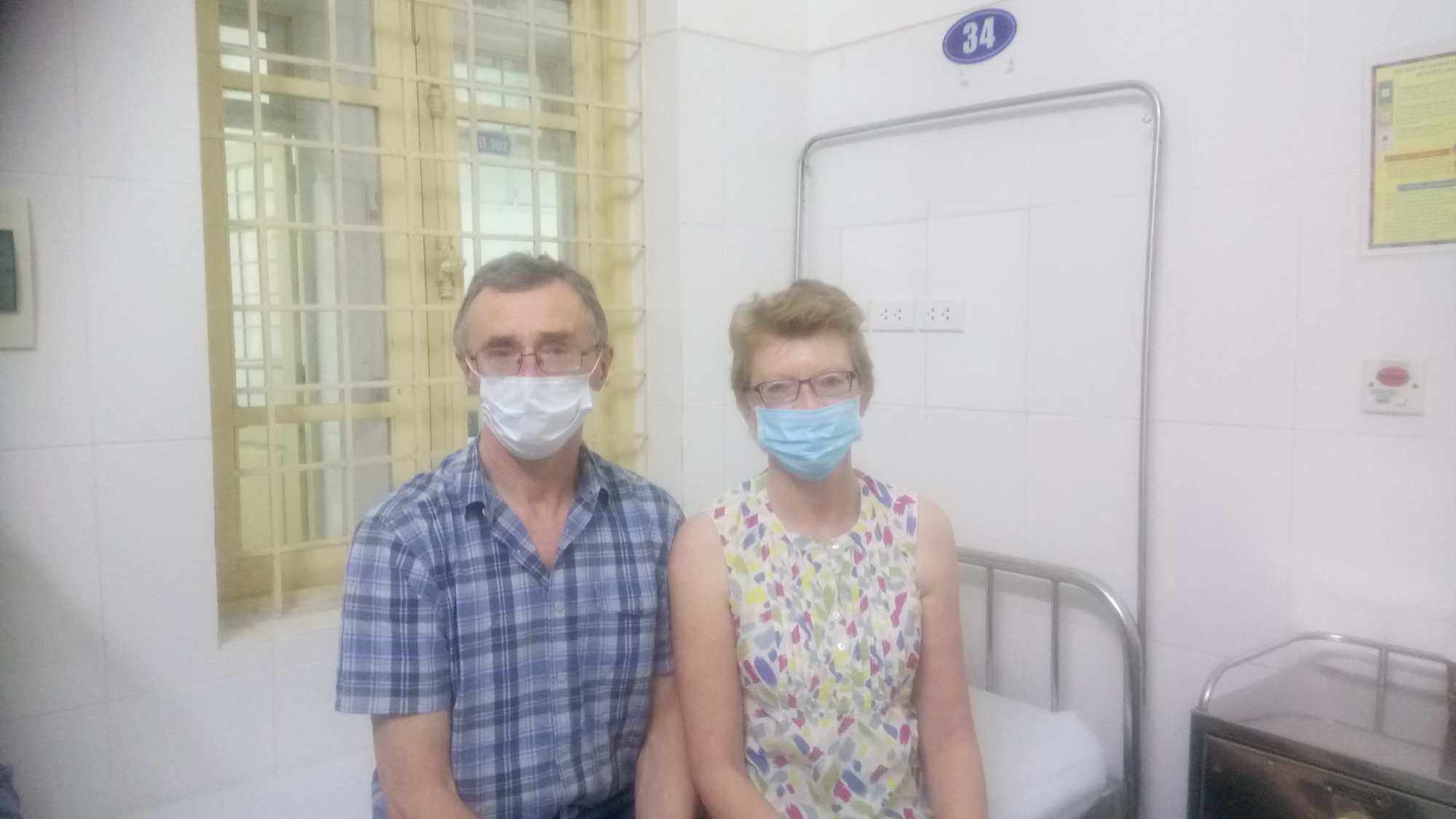 A married British couple has sent a letter to express their gratitude following their stay at a quarantine area in Hanoi for boarding the same flight as a patient of the novel coronavirus disease (COVID-19).

The letter, penned by Cath and David Butler, was posted to the Facebook account of N.T.H.L., a woman who stays in the isolation zone of Dong Da General Hospital in Hanoi along with the British couple.

In their letter, the Butlers extended their thankfulness to L., whom they mistook as one of the doctors, as well as to other doctors and nurses at the hospital for taking good care of them.

“We are a British couple who came out to Vietnam on March 1 [on] flight VN54 on holiday. After spending five wonderful days in Hanoi and beyond we found ourselves in Dong Da General Hospital being tested for COVID-19,” they wrote.

“This was because a Vietnamese lady had tested positive since arriving back in Vietnam, on the same flight as ours.”

The married couple said they were relieved that their test results came back negative.

The Hanoi hospital is different from those in the UK but it has all the necessary equipment, they continued, adding that L. was helpful and informative and helped them communicate with their doctors.

“We are very thankful to the hospital and all the staff for looking after us so well.”

As they had tested negative for the disease, Cath and David were discharged from the quarantine area on Monday, following a nine-day stay.

The couple told Tuoi Tre News on Monday they would stay at their hotel for one more night before returning to the UK.

They added that their travel agent had arranged for them to be on a flight back to their home country.

The Vietnamese government is going toward a right direction in the fight against the COVID-19 epidemic, David Butler stated, adding that the hospital and staff were very kind and did a great job.

Aside from some challenges due to the language barrier, everything else at the quarantine area was very good, he noted.

“No no, like [a] five-star hotel! It’s very good,” David Butler responded to L., referring to the condition at his quarantine facility, after she explained to them how hospitals in Vietnam might not be as well-equipped as those in the UK.

The novel coronavirus, which first emerged in the central Chinese city of Wuhan in December 2019, has infected over 169,900 people and killed more than 6,500 globally as of Monday afternoon, according to Ministry of Health statistics.

Vietnam has so far confirmed 57 cases of coronavirus infections, with 16 having fully recovered and been discharged from the hospital.

Forty-one cases have been reported in the Southeast Asian country since March 6 after Vietnam had gone three weeks without any new infection.

During an interview with Tuoi Tre News on Saturday, British Ambassador to Vietnam Gareth Ward said that the embassy is providing consular assistance to all British citizens affected by the epidemic in the Southeast Asian country.