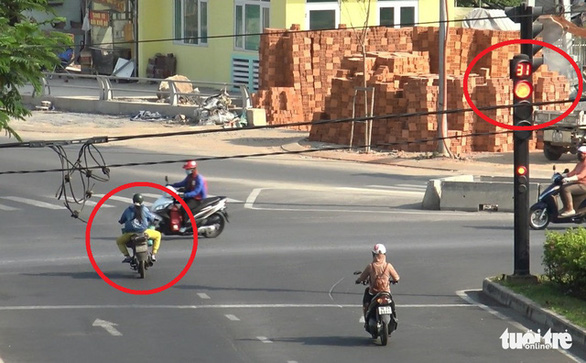 Vietnam’s Deputy Prime Minister Truong Hoa Binh has requested stricter traffic control nationwide as there has been a reported spike in the number of road crashes that could be attributed to emptier streets due to the novel coronavirus disease (COVID-19).

The request was detailed in a document the National Traffic Safety Committee (NTSC), of which Binh is chairman, sent to relevant ministries and leaders of provinces and cities on Sunday afternoon.

The NTSC said in the document that the whole country has focused on implementing measures to prevent and control the COVID-19 pandemic, including suspending many socio-economic activities, closing down educational and training establishments, and asking students to stay home, since the end of the Lunar New Year festival in early February.

Prime Minister Nguyen Xuan Phuc issued a directive on March 31 on the implementation of nationwide social distancing, calling on residents to limit traveling and going outdoors unless under absolutely necessary circumstances, such as trips for food and medicine.

Commuting demand and traffic density across the country has thus fell markedly, with no traffic congestion on major arteries, in major cities, and in key traffic hubs, the NTSC concluded.

On the contrary, it noted, the numbers of traffic law violations and road accidents have spiked.

The number of traffic accidents in Ho Chi Minh City increased by 33 percent in March, with 46 percent more deaths compared to the same period last year, according to a report by the municipal police bureau.

The NTSC attributed the spike to the fact that people tend to drive faster and more carelessly on the emptier streets during this period.

In the document, Deputy PM Binh was quoted as criticizing those who violated traffic laws and caused traffic accidents in the current context of national efforts to fight the epidemic, emphasizing violators “must be condemned and punished in accordance with the harshest sanctions of the law.”

Deputy PM Binh requested traffic police, in cooperation with other police forces and transport inspectors, to incorporate fining traffic violators into their missions of COVID-19 control and prevention.

At the same time, the mass media are tasked with reminding people to strictly comply with traffic regulations and directives on epidemic prevention.