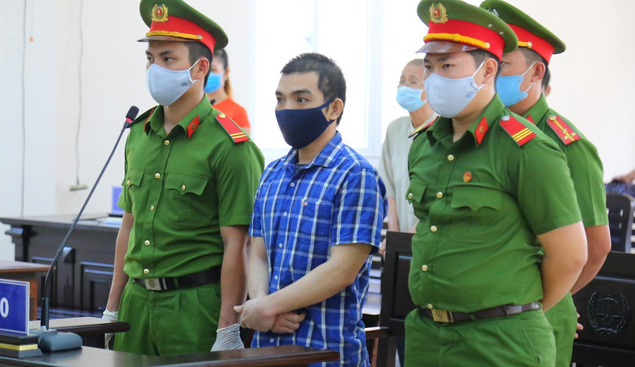 A man has been sentenced to 11 years in prison for setting off an explosion at a tax office in the southern Vietnamese province of Binh Duong last year.

The Binh Duong People’s Court on Tuesday imposed the jail term upon Truong Duong, 40, for commiting acts of “terrorism to oppose the people’s government.”

Duong was also required to pay VND800 million (US$34,000) in compensation for the damage he had caused.

His two accessories are Lisa Pham, who lives in the United States and is a member of the so-called Provisional National Government of Vietnam, a U.S.-based group which has been labeled as a 'terrorist organization' by the Vietnamese Ministry of Public Security, and Ha Xuan Nghiem, a 57-year-old resident of southern Tay Ninh Province.

Nghiem remains at large and is being hunted by police officers.

According to the indictment, Duong worked as a driver for a foreign company in Thu Dau Mot City, the capital of Binh Duong Province.

Due to financial difficulties, he decided to contact Pham for help.

After reviewing Duong’s background, Pham told him to follow her directions and she would pay him in return.

On September 27, 2019, Pham informed Duong that the target of their attack was the headquarters of the Binh Duong Department of Taxation.

Duong was then told to meet Nghiem at a local grocery store to receive four explosive devices made from around 1.2 kilograms of gunpowder.

On the morning of September 30, Duong planted the explosives in the men’s restroom on the first floor of the tax office.

The bombs later went off and caused a large wall to collapse and shattered the building's glass windows, but there were no human casualties.

Pham has been wanted by the Ministry of Public Security since 2017.