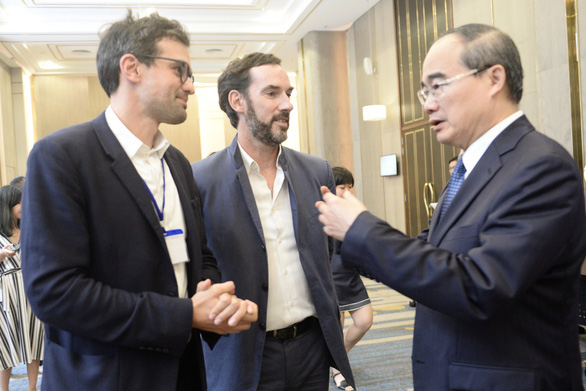 The Ho Chi Minh City People’s Committe has established a steering committee on developing an innovative urban area in the eastern part of the city with a mission of calling for investment and attracting talents.

District 9 is home to the Saigon Hi-Tech Park, one of the leading of its kind in Vietnam, while Thu Duc District is where the city’s ‘university village’ is located.

The ‘village’ houses the campuses of eight universities and colleges, with more than 1,300 PhD holders and over 69,000 students working and studying regularly there.

Meanwhile, a new financial center of Ho Chi Minh City has been on the blueprint in District 2, completing the ‘innovative urban hub’ of the southern metropolis.

The three districts have a total population of about 1,169,000 people and a total area of 211.76 square kilometers, according to the latest statistics.

The newly established steering committee for the innovative urban area will be made up of 22 members, headed by the city’s chairman Nguyen Thanh Phong.

These officials will be responsible for building a strategy to develop a knowledge-based economy, call for investments, and attract talents to live and work in the creative hub.

They are also asked to study policies and resources for implementing the new urban zone’s planning and development.

The steering committee must direct the administrations in the three aforementioned districts to beef up administrative reform, renovate state management, and build a mechanism for coordination.

In addition, they have to develop an innovative ecosystem, improve the competitiveness of this new urban zone, and aim for the establishment of an administrative body for the tri-district area.

Ho Chi Minh City authorities place emphasis on the need to develop a centralized urban database system covering data on land management, transportation, canals and structures, and to promote technological application in order to improve the management of resources.

The idea of an ‘innovative urban area’ was first announced by Nguyen Thien Nhan, secretary of the Ho Chi Minh City Party Committee, in early February 2018.

The hub is expected to play a core role in the city’s strategy to embrace the Fourth Industrial Revolution.