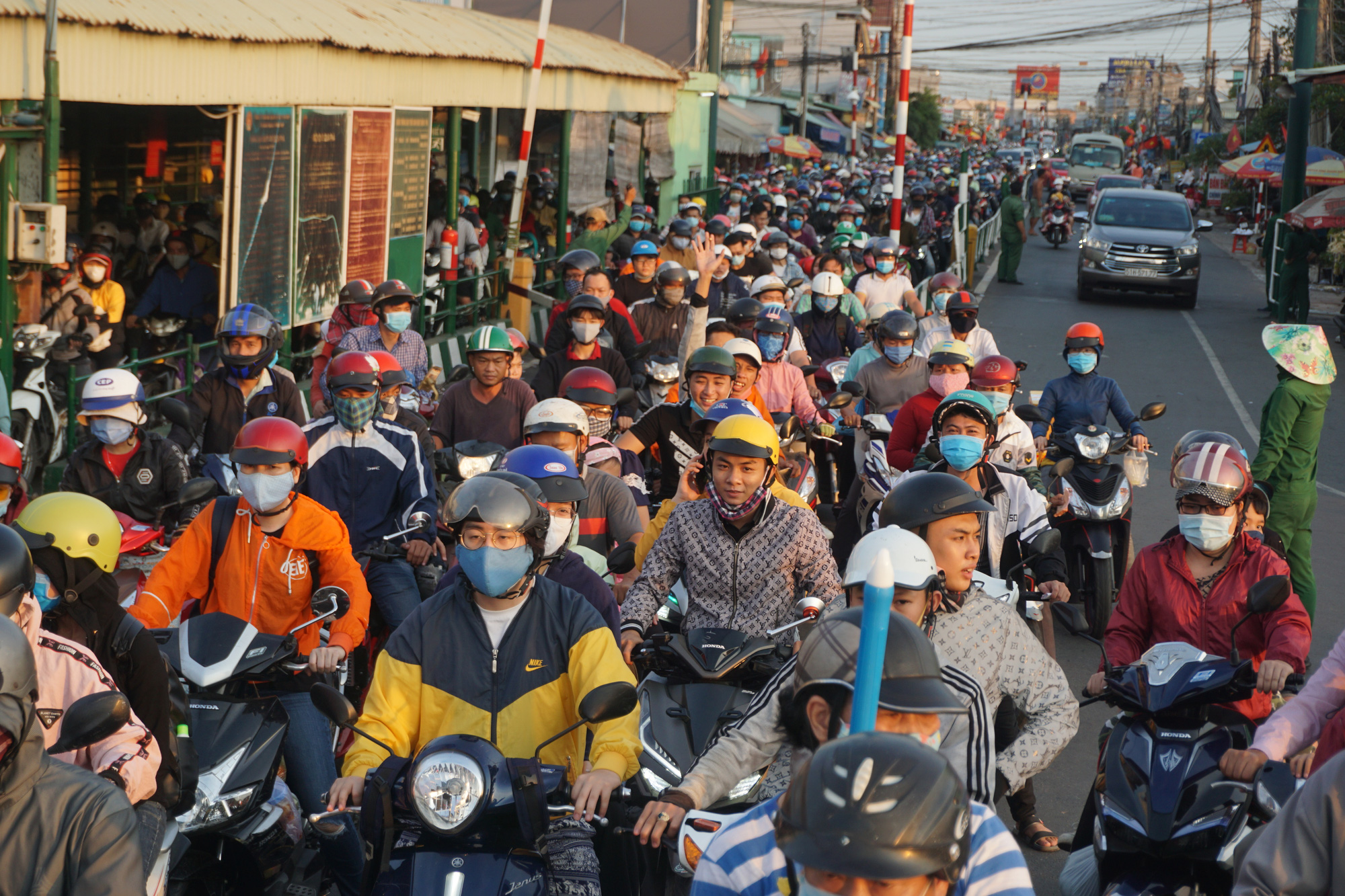 All routes leading to Ho Chi Minh City were severely congested on Sunday as the holiday break marking Reunification Day (April 30) and International Workers’ Day (May 1) came to an end.

According to the observation of Tuoi Tre (Youth) newspaper reporters, the traffic jams began in the afternoon and lingered until the evening of the same day.

Endless lines of commuters were waiting for their turn to get on the Cat Lai Ferry, which connects the city’s District 2 with neighboring Dong Nai Province, to head back to the southern metropolis.

The ferry service is one of the common routes for people to travel between Ho Chi Minh City and the neighboring provinces of Dong Nai and Binh Duong or Vung Tau, a popular beach city in Ba Ria – Vung Tau Province, thus very susceptible to congestion during holidays and on weekends.

Gridlock also occurred along National Highway 1 which links the southern metropolis with provinces in the Mekong Delta.

The roadway was so packed that many motorcyclists were spotted traveling on the sidewalk.

A lot of traffic police officers were mobilized to help alleviate the congestion along these routes.

It is not uncommon for serious traffic jams to happen at the beginning and end of a long holiday in Ho Chi Minh City.

Many people often leave the metropolis for their hometowns or to go on vacation when holidays start, and flock back to resume their work and study when they are over.