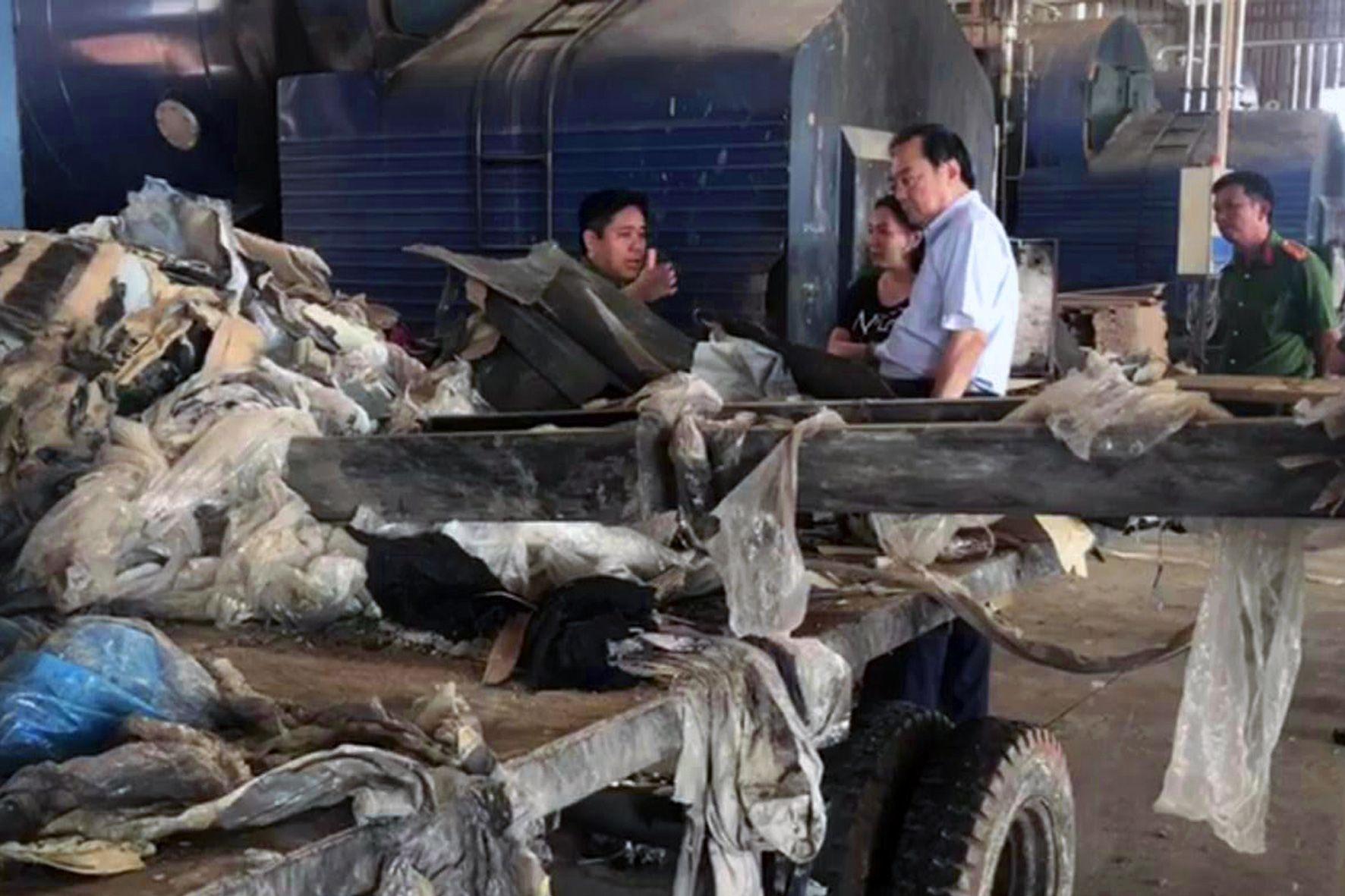 A Taiwanese firm based in the southern Vietnamese province of Dong Nai was caught illegally burning more than three metric tons of garbage on Monday.

Environmental officers under the provincial Department of Police confirmed on Monday that two employees of Shing Mark Vina, a firm with 100-percent Taiwanese investment, had been found incinerating the company’s waste against regulations.

Le Van Hung, 44, and Nguyen Van Ve, 57, were loading industrial waste — including plastics, paper, wood chips, and rags contaminated with hazardous substances — into a furnace at the company.

The total amount of garbage was approximated to weigh 3.2 metric tons.

A representative of the company later admitted that it had been burning about one metric ton of industrial waste every day since June 1.

The probe was previously conducted after residents living near the Bau Xeo Industrial Park in Dong Nai complained about dark smoke with unpleasant smell coming from local factories.