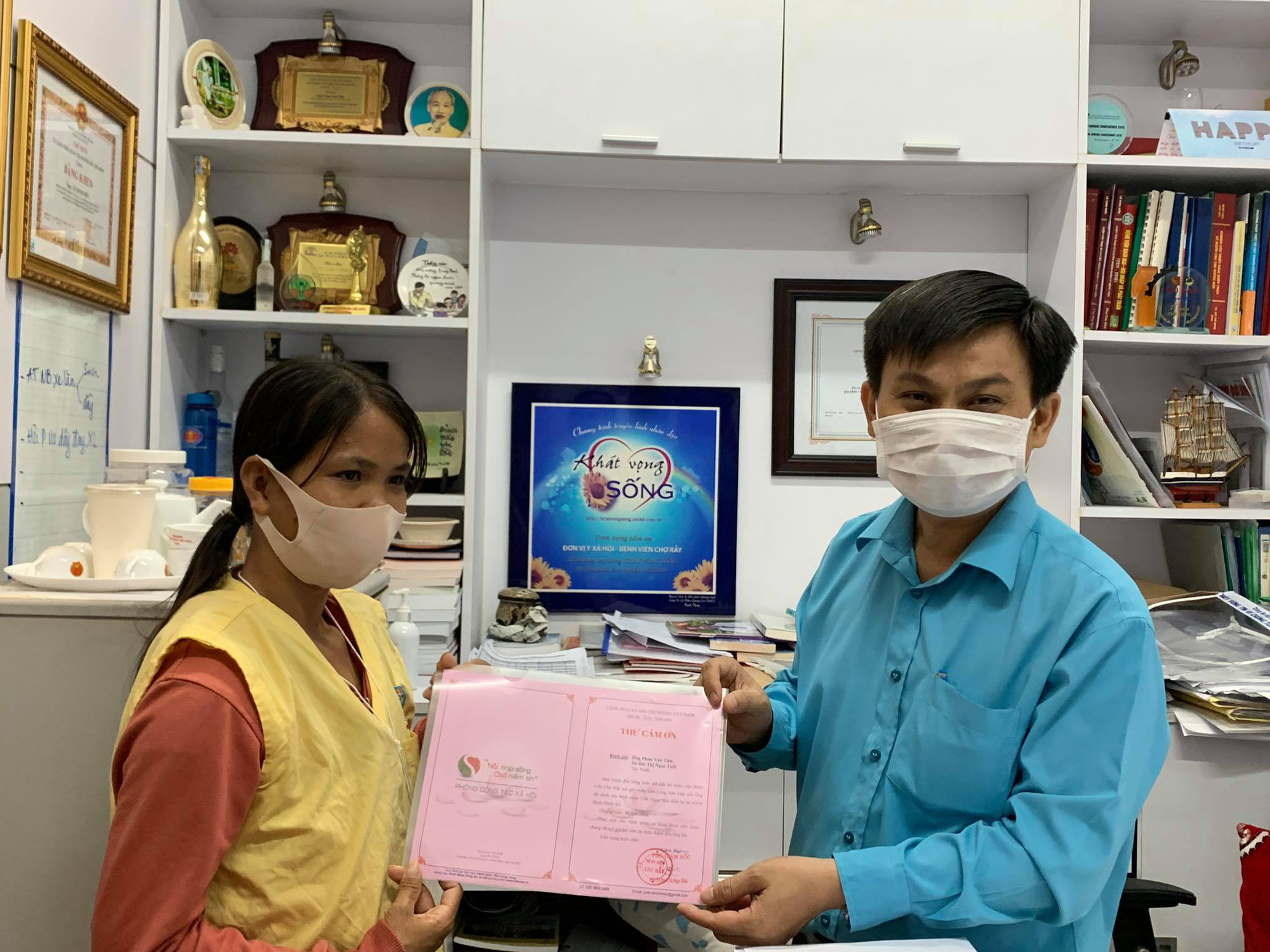 A Vietnamese man who fell ill after being bitten by a king cobra has redirected a part of the monetary support he received from philanthropists to another patient in need at Cho Ray Hospital in Ho Chi Minh City.

Phan Van Tam, 38, was hospitalized on August 19 in a critical condition with bite marks on his leg and the venomous snake still attached to his arm.

The man had attempted to catch the snake in order to sell it for money to pay his children’s tuition.

Both Tam and his wife Bui Thi Ngoc Tuoi worked as day laborers to raise their two children, but he had been unable to work for some months because of an accident having left him with a broken leg before the snakebite.

His condition turned critical several times during his treatment and he frequently required expensive procedures such as serum injection, anti-venom as well as blood filtering.

Thanks to the rapid spread of their story in local media, the case of Tuoi and Tam was met with profuse support from benefactors from every part of the country, who contributed to a total of VND800 million (US$34,500) to cover Tam’s treatment cost.

As they realized the hospital bill was just over VND500 million ($21,500), the couple diverted VND80 million ($3,450) from the funding they received to another needy patient in a critical condition at Cho Ray Hospital.

Le Minh Hien, head of social work at Cho Ray Hospital, sent a thank-you letter to Tuoi on Tuesday for the couple’s donation.

“It is such a noble and humanitarian gesture when Tam’s family, who received support from benefactors, is now donating to other struggling patients,” Hien said.

Having been the caretaker of her husband ever since he met the peril, Tuoi said she could not even dream of being able to pay off the hospital bill this soon.

“Upon hearing the story [of the other partient], I visited their family to ask and found out that they need a sum total of VND60 million [$2,600]. My husband is even more fretful than me; he urged me to donate right away since we’re already set for the moment,” Tuoi recalled.

“Instead of giving VND60 million, we decided to donate VND80 million so [the other patient's family] can have a spare amount for food and other necessities on top of the money needed for hospital payment."

The remainder of the donations to Tam is reserved for his upcoming skin implant procedure and reinvigoration supplements, among other costs after his discharge, Tuoi added.

Having undergone over half a month of treatment to date, Tam has shown positive signs of recovery from his critical condition.

He has regained his heart, liver, and lung functions, and can now breathe unassisted.

Following his recovery, Tam sent his word of gratitude to the medical practitioners at Cho Ray Hospital and the advocates who supported him and his family through this ordeal.