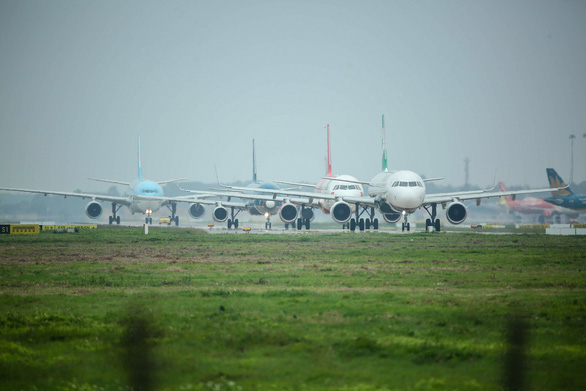 -- Vietnam reported zero new coronavirus cases on Friday morning, with its tally still standing at 1,059, recoveries reaching 893, and deaths remaining at 35, according to the Ministry of Health.

-- Authorities have yet to find out the source of infection of a Vietnamese student who tested positive for COVID-19 in France on Tuesday after flying there on September 3.

-- Officials in District 12, Ho Chi Minh City have warned that crocodiles had been sighted along the sections of the Saigon River near the district.

-- Police in Ho Chi Minh City told Tuoi Tre (Youth) newspaper on Thursday that they had arrested a suspect who had robbed a clothing store in the city's Thu Duc District on September 2. The suspect was apprehended on Wednesday when he was holed up in south-central Nha Trang City, officers said.

-- The Government Office has just sent a document to relevant agencies soliciting their opinions on a proposal by travel company Vietravel to establish an airline.

-- Kindergarteners and elementary school students in Da Nang will return to school on September 21 while middle school, high school, junior college, and university students will resume study on September 14, according to local authorities. A new wave of COVID-19 infections hit Da Nang on July 25. Health workers have managed to suppress it after over a month of aggressive contact tracing.

-- The Vietnam Football Federation on Wednesday organized a ceremony to announce Japanese Yusuke Adachi as its technical director.

-- Matches in the quarters of the Vietnamese National Football Cup will take place later on Friday after Vietnam has just managed to stall new COVID-19 outbreaks that first hit Da Nang on July 25.

-- More than 28 million people have been infected with COVID-19 while over 20 million patients have recovered from the disease around the world, according to the Vietnamese Ministry of Health's figures. Over 913,000 patients have lost their lives to the virus.