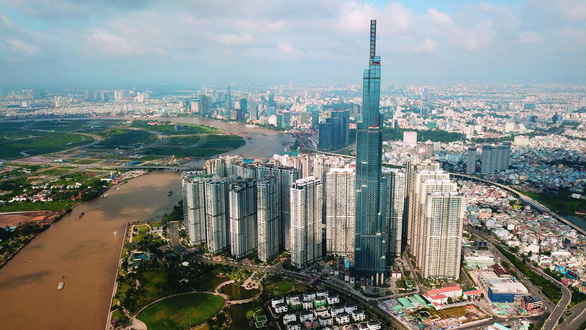 The Vietnam National University-Ho Chi Minh City (VNU-HCM) is earmarked to become a global intellectual center based in the city’s future Eastern Creative Urban Area, a move that city planners hope will help the metropolis develop a reputation as a hub for advanced technology and world-class infrastructure.

According to local authorities, once established, the so-called ‘Eastern City’ — comprising District 9, District 2, and Thu Duc District — will be home to science-technology research and application, high-quality manpower education and training, and high-tech product manufacturing and trade.

The VNU-HCM campus is located in the eastern part of Ho Chi Minh City that borders Di An City in neighboring Binh Duong Province.

It is expected to evolve into one of Vietnam’s most technologically advanced areas and serve as a home base for education initiatives, technological research, and projects meant to serve local socio-economic development.

Covering 643 hectares, the campus will be one of the biggest education establishments in the country, with 27 institutions designated for training, scientific research and technology transfer, and eight other subsidiary units.

He also noted that the area’s convenient location and ease of access from nearby urban areas will support its success.

“The project will offer a good living and working environment, attract talent, create new products and services, and increase the competitiveness of our economy. Still, I don’t want to understate the financial and manpower investments it will take for the initiative to be a success,” Loc said.

A center for technology transfer

According to the proposal, Linh Trung Ward in Thu Duc District will host a part of the VNU-HCM urban area, forming an educational technology and high-tech center for the city.

Four blocks in Linh Trung Ward spanning a combined 28 hectares will be zoned for the project.

Since the principle of building the creative urban area was issued by the municipal government nearly two years ago, the VNU-HCM has assigned the Information Technology Park (ITP) under it to lead and set up a research group for the project.

According to Dr. Truong Minh Huy Vu, director of ITP, the adjustment is in tandem with the planning of the project and is a major component in investor attraction.

After the revision, the area will connect and support two central areas of the creative city. Also, a new innovation center may be established in the area to assist startup businesses.

ITP is oriented to become a center of start-up businesses and innovation in the information technology and communications sector in Vietnam.

It is tasked by the government and the VNU-HCM to develop an industrial environment in the university’s IT and communications sector and is projected to grow into a strong technology development center.

“Connecting and serving the community are among the core values of the VNU-HCM. The university is the pilot center for development models, education reform, and new technologies. It’s ready to be a creative and highly interactive start-up ecosystem in Ho Chi Minh City,” Vu said.

The start-up assistance function of ITP is different from 'the startup incubation park' in the university, he added, as it is not an isolated 'oasis' but a center relying on the human foundation, scientific research, and the application of the university’s products.

A major benefit of involving ITP is its strong human resources. Lecturers, alumnus, and students have developed start-up businesses worth millions of U.S. dollars, Vu said.

Assoc Prof. Dr. Vu Hai Quan, vice-director of the VNU-HCM, said that the municipal government has decided to develop a ‘three-sided’ model, with close connections between scientists, enterprises, and the state.

“The VNU-HCM is the main factor of the ‘three-sided' structure of the highly interactive and creative urban area. It is the key supplier of intellectuals to the city,” he added.