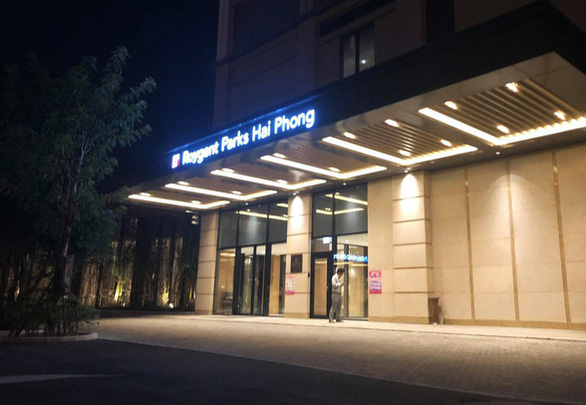 Japanese tests positive for COVID-19 in Osaka after leaving Vietnam

A Japanese man has tested positive for COVID-19 after departing Vietnam this week, according to Vietnamese health authorities.

The Department of Health in Hai Phong, a port city in northern Vietnam, said on Tuesday that it had received a document from K.C.V.N. Company giving updates on a Japanese staff member testing positive for the novel coronavirus after leaving the Southeast Asian country.

The patient in question is T.K., 33, who works for the firm in Hai Phong’s Thuy Nguyen District. He lives in the city’s Le Chan District.

He flew to Japan from Vietnam aboard flight Asiana Airlines OZ 112 on Monday. The flight landed in Osaka at 10:10 am the same day.

K. said he had tested positive for the virus upon landing in Osaka, using the gold standard real-time PCR technique.

When he was in Hai Phong, the Japanese man visited no places other than traveling on the same company bus as 13 others and a driver of T.T. Company from home to his workplace.

Before leaving for Japan, K. engaged in a farewell party with his colleagues.

Health workers in Hai Phong have identified 162 of his direct contacts, who are self-isolating at home.

They have taken samples from 125 of them for COVID-19 testing at the city’s preventive medicine center. Local authorities are tracing those who came into contact with K.’s direct contacts.

The Department of Health has already fumigated his home and workplace, while isolating the entire fifth floor of Roygent Parks Hai Phong Hotel on Vo Nguyen Giap Street in Le Chan District and disinfecting the floor and reception.

The department is in close contact with K. to get the latest updates on his retest.

Vietnam has confirmed 1,097 coronavirus patients, with 1,022 recoveries and 35 virus-related deaths as of Tuesday afternoon, according to the Ministry of Health.

The country has logged zero new domestic cases for over a month.