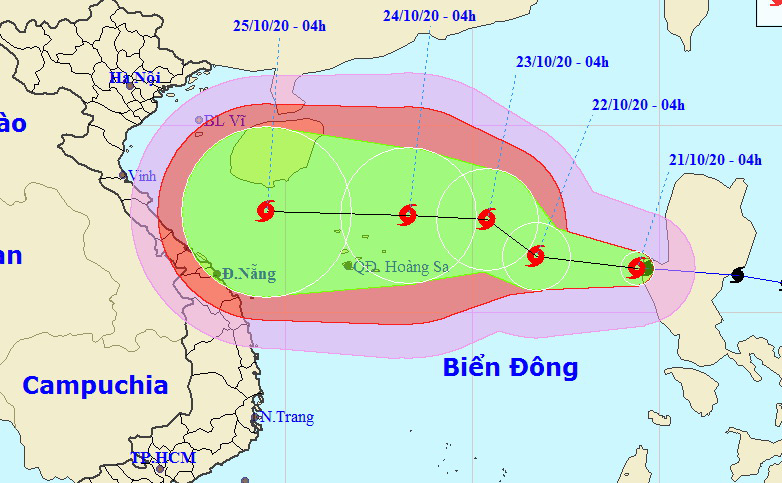 Tropical Storm Saudel has entered the East Vietnam Sea and become the eighth storm to hit the Southeast Asian country this year.

As of 7:00 am on Wednesday, Storm Saudel was located 680 kilometers southeast of Vietnam's Hoang Sa (Paracel) archipelago, with winds of 60-70km per hour, according to the National Center for Hydro-meteorological Forecasting.

In the next 24 hours, the storm is expected to travel northwest and will be situated 440 kilometers east of Hoang Sa by 7:00 am on Thursday.

Wind speed will increase to between 75 and 100km per hour with gusts up to 133km an hour.

It will continue traveling northwest and pick up strength over the next 24 to 72 hours.

Torrential rain is forecast to continue dampening localities from north-central Quang Tri Province to south-central Ninh Thuan Province on Wednesday due to the combined effects of a tropical convergence zone and a cold spell.

Rainfall will decrease in intensity after Wednesday.

Rain is also in the forecast in southern Vietnam, including Ho Chi Minh City, on Wednesday.

It will mainly rain in the evening, while the highest temperature will be between 29 and 32 degrees Celsius.