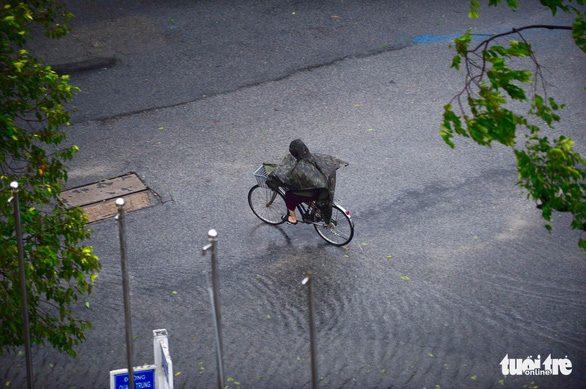 -- Da Nang and neighboring Quang Nam Province will face strong winds after 9:00 am as Tropical Storm Molave is moving west-northwest at 20 to 25km per hour, according to Hoang Phuc Lam, deputy director of the National Center for Hydro-meteorological Forecasting.

-- Vietnam on Tuesday reported three more imported cases, taking the country’s tally to 1,172 with 1,062 recoveries and 35 deaths, according to the Ministry of Health.

-- Police in Ho Chi Minh City’s Phu Nhuan District are investigating a case in which a woman was found dead after a house on Nguyen Dinh Chieu Street was on fire on the afternoon of Tuesday.

-- Around 77,000 donations worth over VND4.1 billion (US$176,903) had been made as of Tuesday during a charity program to help people in flood-hit central regions jointly held by Tuoi Tre (Youth)newspaper and Vietnamese mobile wallet app MoMo.

-- The mobile advertising market in Vietnam is expected to reach US$211 million by the end of this year, according to the 'Vietnam Mobile & Smartphone Application Report' in the first half of 2020 released by Appota Group -- a digital entertainment company, the Vietnam News Agency reported on Tuesday.

-- The Vietnam Association of Fish Sauce was launched in Hanoi on Tuesday, with founding members from cities and provinces nationwide focusing on solving problems in processing technologies to help fish sauce products meet the standards of importing countries, according to the Vietnam News Agency.

-- A fundraising program launched by Vietnamese artist Ngo Tran Vu, in which local painters sell their paintings to buy boats and life jackets for people in flood-hit regions, has collected more than VND600 million ($26,000) after five days.