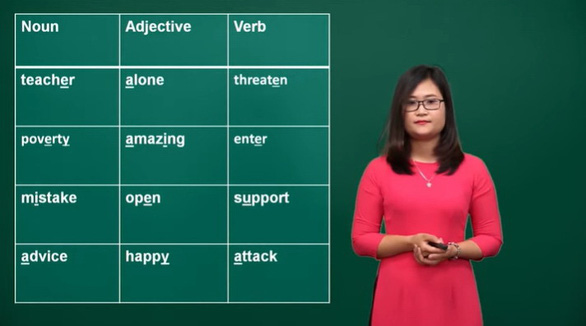 Vietnamese honored as one of top 10 global teachers

The Varkey Foundation, an international nonprofit focused on education betterment, has announced Ha Anh Phuong, a 29-year old teacher from Huong Can High School of the northern province of Phu Tho, as one of 10 finalists in the running for the foundation’s 2020 Global Teacher Prize 2020.

Phuong is the first Vietnamese to be named amongst the Varkey Foundation’s top 10.

She is also the youngest among this year’s finalists.

She will compete against nine other teachers from Italia, Brazil, the United Kingdom, the United States, South America, Nigeria, India, Malaysia, and South Korea to be recognized as the world’s best teacher and win the competition’s US$1 million purse.

The Varkey Foundation announced in March that Phuong made it to the top 50 for the 2020 Global Teacher Prize.

Phuong, a member of the Muong ethnic minority group, earned a bachelor’s degree from Hanoi University.

She first became aware of educators’ potential to make a difference through a Vietnamese film she saw in her youth which featured a teacher who traveled between homes located along dangerous mountain paths in order to persuade parents to allow their children to go to school.

After earning her master’s degree in English, she went to work at Huong Can High School in Phu Tho Province – a remote school with a study body comprised primarily of ethnic minority students.

Due to both economic and geographical reasons, students of the school have little chance to practice English with foreigners.

Known widely as Vietnam’s '4.0 innovative teacher,' Phuong has helped her students overcome this challenge through technology.

Employing the 'borderless classroom model,' she connects her students with other schools worldwide via Skype.

She is an active member of an educational Microsoft community that gathers global teachers to design lessons and engage in weekly professional development.

During the COVID-19 outbreak, Phuong played her part by teaching on television as well as assisting other teachers in designing online lessons.

Founded in 2010 by Indian entrepreneur Sunny Varkey, the Varkey Foundation works to improve education quality for children all over the world by boosting the status of teachers and celebrating the profession.

The Global Teacher Prize, established in 2014, presents a $1 million award annually to an exceptional teacher who has made an outstanding contribution to their profession.

Tran Thi Thuy, a teacher from Duc Hop High School of the northern province of Hung Yen, made it to the top 50 in the 2019 batch of nominations.