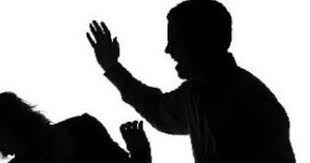 Police in the northern Vietnamese province of Bac Ninh have apprehended the owner of a local eatery for allegedly torturing her two young employees.

The investigation was initiated after local media reported about T.’s alleged abuse against her two male employees.

The woman has been taken into custody to assist the investigation despite having a three-year-old child, according to the police official.

The two victims, 21-year-old V.V.D. and 15-year-old T.Q.D., have been taken to the hospital to have their health monitored.

Previous reports from local media showed that the two employees were often seen with bruises and slash wounds on their arms and backs, as well as chipped teeth.

They were often starved and only allowed to eat leftovers at the diner.

According to Nguoi Lao Dong (Laborer) newspaper, T. claimed she beat the victims when they were caught stealing money and eating food at the eatery without permission.

In accordance with Vietnamese law, torturing two or more people or torturing an under 16-year-old person is punishable by one to three years in prison.