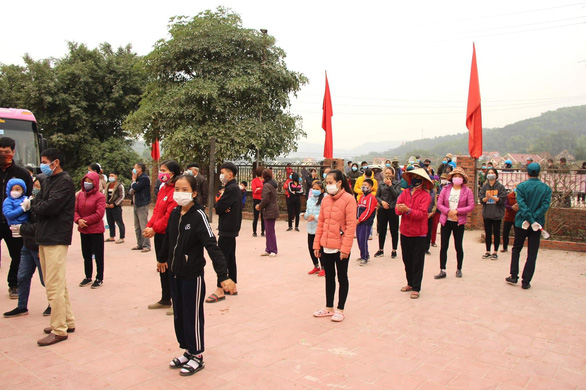 The Ministry of Health documented 14 new local COVID-19 cases on Sunday morning, including five in Hanoi, pending another case update the agency will give later the same day.

Vietnam had spent nearly two months finding zero domestic infections when the country detected the first two cases on Wednesday and publicly confirmed them one day later, according to the health ministry’s data.

Eighty-four of the infections had been announced on Thursday, 62 on Friday, and 61 on Saturday.

Most of the patients have been traced back to the epicenters of Hai Duong and Quang Ninh.

Deputy Prime Minister Vu Duc Dam, who is chief of the National Steering Committee for COVID-19 Prevention and Control, said this week that Vietnam will suppress this outbreak within next week given such stringent measures.

Vietnam has confirmed 1,781 coronavirus cases, including 914 domestic infections, as of Sunday morning, with 1,456 recoveries and 35 deaths, according to the Ministry of Health.

The ministry will give another update on the daily case spike at 6:00 pm on Sunday.