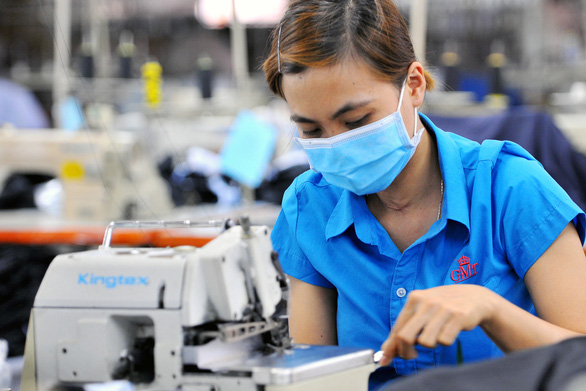 The People’s Committee of Dong Nai on Wednesday issued a document to leaders of enterprises located in the southern Vietnamese province to discourage domestic migrant workers from returning to their hometowns for 2021 Lunar New Year celebration in order to curb the spread of COVID-19.

In the document, the provincial authorities said they understand desires to return home for the holiday, yet with COVID-19 outbreaks in ten provinces and cities in Vietnam, the top priority is to stall the transmission of the viral disease by minimizing travel between localities.

People who return home in localities with COVID-19 infections or travel to those areas to celebrate Tet may face quarantine or be restricted from coming back to Dong Nai for work immediately following the holiday.

In addition, those who return may potentially be subject to mandatory centralized quarantine, leading to a serious shortage of laborers and subsequently affecting post-holiday production.

“There will be another Tet after this Tet, but there will not be another chance to suppress the pandemic,” authorities emphasized in the document.

Dong Nai chairman Cao Tien Dung called on corporate leaders in the province to ask internal migrant workers to remain in the locality during the Lunar New Year celebrations.

The chairman suggested that enterprises, depending on their capabilities, provide financial support for workers who decide to stay.

Workers who do return to their hometowns for Tet, after returning to Dong Nai for work, must make medical declarations and strictly abide by quarantine regulations.

It is estimated that about 1.2 million internal migrant workers are working for enterprises in Dong Nai.

Residents of the province are also advised against organizing year-end or new-year parties and to restrict large gatherings during Tet celebrations.

Dong Nai has reported no cases of community transmission, but has instead placed a number of people in direct and indirect contact with COVID-19 patients under quarantine since the beginning of the latest coronavirus wave.

Two hundred and seventy-seven patients were logged in Hai Duong, 42 in Quang Ninh, 21 in Hanoi, 14 in Gia Lai, three in Bac Ninh, two in Hoa Binh, four in Binh Duong and one each in Ho Chi Minh City, Hai Phong, and Bac Giang.

The Southeast Asian country has documented 1,948 coronavirus patients as of Thursday morning, with 1,461 recoveries and virus-related 35 deaths, according to the Ministry of Health.