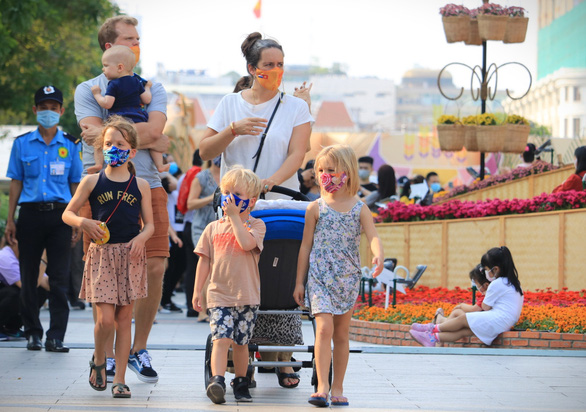 -- Vietnam on Wednesday morning reported no COVID-19 case, keeping the country’s tally at 2,311 with 1,573 recoveries, according to the Ministry of Health.

-- The number of passengers traveling by plane and train during the Tet (Vietnamese Lunar New Year) holiday posted a 66 percent decline compared with the same period last year due to COVID-19, the National Traffic Safety Committee said on Tuesday.

-- Local authorities in the northern city of Hai Phong on Tuesday said they were searching for a man who escaped from a local quarantine center from February 13.

-- According to statistics from the Ministry of Public Security, traffic accidents dropped during the week-long Tet holiday from February 10 to 16, with 182 road crashes nationwide killing 109 and injuring 123 others, the Vietnam News Agency reported on Tuesday.

-- Many restaurants and coffee shops in Ho Chi Minh City on Tuesday re-opened after a halt for Tet, with concerns over low customer demand due to the current COVID-19 situation.

-- The Vietnam Administration of Forestry aims to collect VND2.8 trillion (US$121.7 million) from forest environmental services this year, the Vietnam News Agency reported on Tuesday.

-- Many tourist destinations in the southern city of Vung Tau on Tuesday welcomed a large number of tourists, with local authorities actively reminding people to ensure measures to prevent the spread of COVID-19. The number of tourists to Vung Tau this year was about 70 percent of those in previous years, a industry insider said.

-- The number of global new cases reported has continued to fall, with 2.7 million new cases last week, a 16 percent decline compared to the previous week, WHO said in its COVID-19 Weekly Operational Update report released on Tuesday.