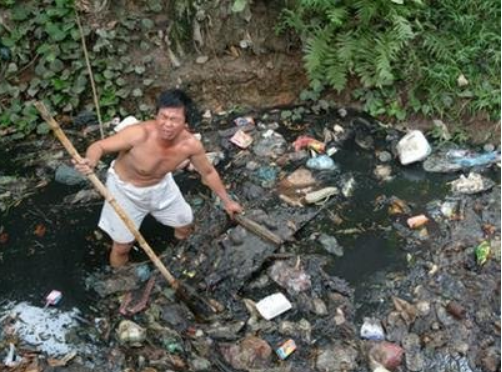 The Ho Chi Minh City Department of Transport is seeking approval for a VND513 billion (US$22,370) canal renovation project to deal with flooding at Tan Son Nhat International Airport and its vicinity.

The municipal transport department has submitted the plan on renovating Hy Vong Canal in Tan Binh District to the People’s Council for ratification.

The project is aimed at improving rainwater drainage at Tan Son Nhat International Airport and other areas along the canal.

The target areas cover about 1,052 hectares.

The plan will also prevent flooding at public works and residential areas as well as helping improve the local environment and urbanscapes.

The renovated canal will be 1,821 meters long, while two roads, about 10 meters wide each, will be built along both sides of the canal.

Steel fences and lighting systems will also be installed along these roads.

The project is estimated to cost VND513 billion, funded by the city’s budget, and is expected to be finished in 2022.

The upgrade of Hy Vong Canal was previously included in the city’s flood risk management project, which was approved by the municipal People’s Committee in 2016.

It was projected to get funding from the World Bank, but the international lender stopped sponsoring the project in 2017.

The Asian Development Bank (ADB) is considering funding a number of sub-projects under the city’s flood risk management project, including those dealing with drainage problems along Tham Luong - Ben Cat – Nuoc Len Canals.