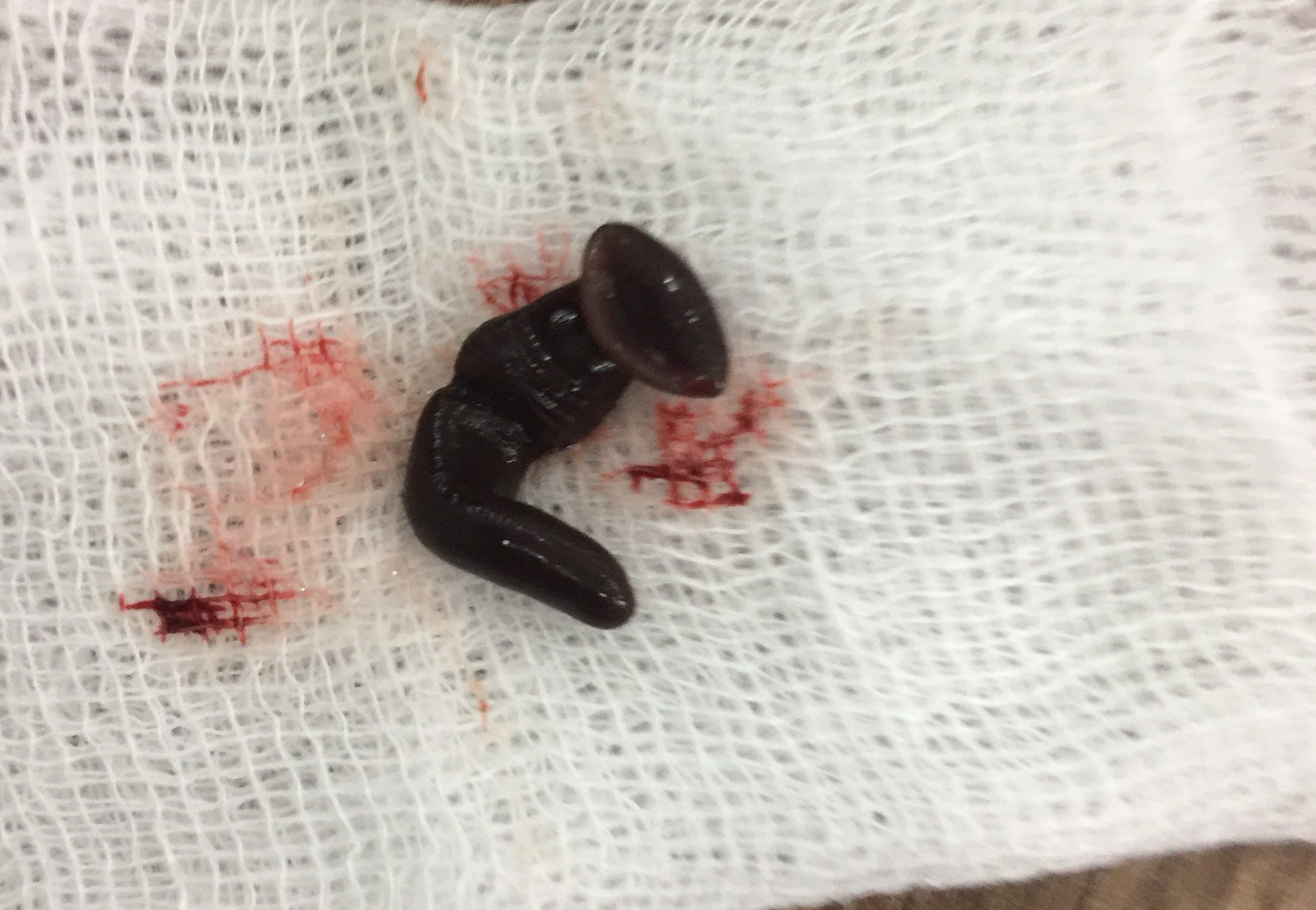 Doctors in the central Vietnamese province of Quang Nam have successfully removed a four-centimeter-long leech from the nose of a man.

The patient, 38-year-old H.V.H. from Bac Tra My District, was admitted to Thai Binh Duong General Hospital in the province's Tam Ky City on Thursday.

He suffered symptoms including nose pain, a continuous nosebleed, and dizziness.

Through clinical examinations and nasal endoscopy, doctors discovered a parasitic foreign body in the right bridge of the patient’s nose, whose shape was similar to blood-sucking forest leeches.

They performed further nasal endoscopy and removed the leech from the patient’s nose.

It was about four centimeters long and filled with blood.

Following the treatment, H. is now in stable conditions and no longer suffers any nosebleed or pain.

According to his family members, H. often bathed in streams near his house.

The family also used water from these streams for their daily life.