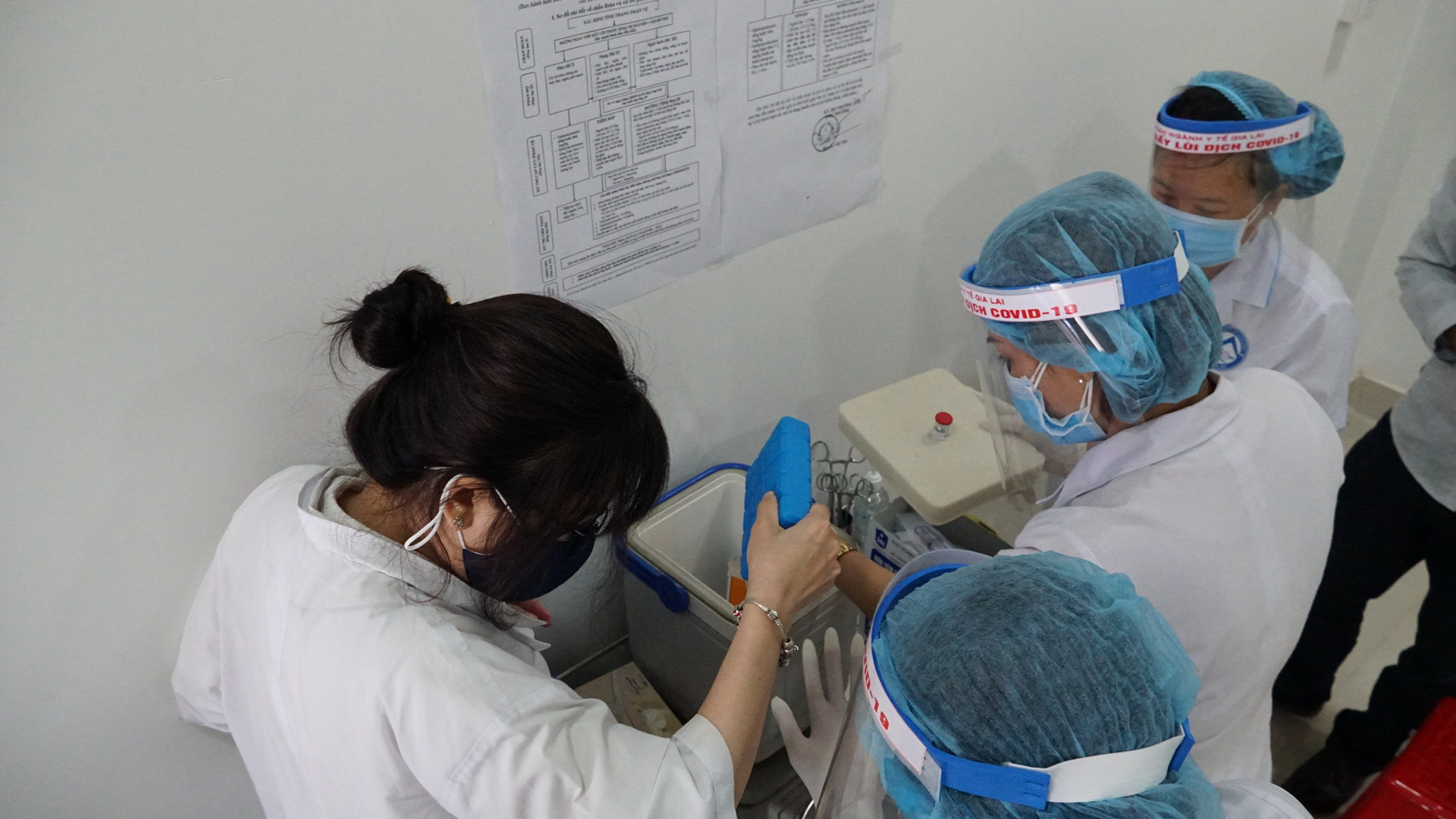 -- The second plenary meeting of Vietnam’s 13th-tenure Party Central Committee concluded in Hanoi on Tuesday morning after nearly two days of working, with all of the set agenda items completed.

-- The Ministry of Health recorded no COVID-19 cases on Wednesday morning. The country’s tally remains at 2,526, with 2,004 recoveries and 35 deaths.

-- Coronavirus vaccination was initiated in the Central Highlands province of Gia Lai on Tuesday, with vaccine shots given to health workers at the Gia Lai General Hospital and a makeshift infirmary for COVID-19 treatment.

-- Vietnam is expected to receive more than 1.3 million COVID-19 vaccine doses developed by AstraZeneca and Oxford University on March 25, as part of the COVAX scheme co-led by the World Health Organization, the country’s Expanded Program on Immunization said on Tuesday.

-- Two workers were killed after a rain gutter collapsed during the renovation of the abandoned Franciscaines monastery in Da Lat, a tourist city in the Central Highlands province of Lam Dong, on Tuesday.

-- A violent confrontation broke out between a group of security guards and family members of a patient at the Tuyen Quang General Hospital in the namesake northern province on Tuesday afternoon.

-- Ho Chi Minh City vice-chairman Vo Van Hoan said at a meeting on Tuesday that a campaign will be carried out from now until the end of the year to deal with noise pollution in the metropolis.

-- Police in the southern province of Binh Duong confirmed on Tuesday they were hunting for a Chinese man who had escaped from a local quarantine facility.

-- The World Bank, acting on behalf of the Green Climate Fund (GCF), has signed a $11.3 million grant with the State Bank of Vietnam to support the development of a commercial financing market for industrial energy efficiency investments.

-- Vietnam's agro-forestry-fishery exports hit $6.17 billion in the first two months of 2021, up 16.6 percent year-on-year, according to the Ministry of Agriculture and Rural Development.