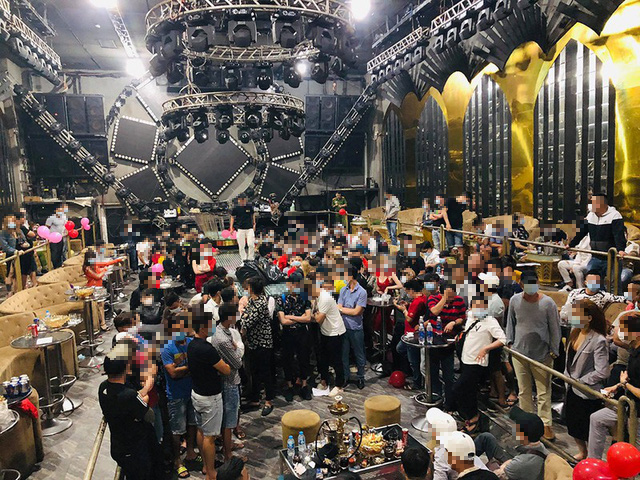 More than 100 people were found using narcotics after police officers raided a club in Ho Chi Minh City in the small hours of Sunday.

A team of police officers under the municipal Department of Public Security carried out a swoop on Enjoy Club on Le Van Khuong Street in Hiep Thanh Ward, District 12 at around 1:00 am.

An amount of drugs along with other exhibits were found at the venue.

The officers escorted over 220 people at the club to the police station for further verification.

Among them, over 100 tested positive for narcotics.

Further investigation is ongoing to determine the violation of each individual.

Those who arrange for others to use drugs may face jail terms lasting two to 20 years, or lifetime imprisonment, depending on the severity of the offense.