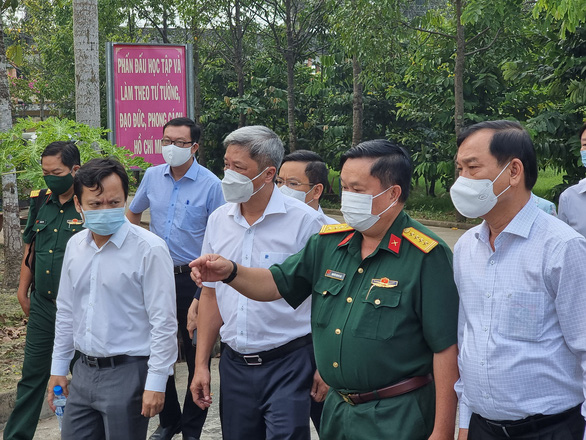 The Ministry of Health recorded eight new COVID-19 cases on Wednesday, against a backdrop of almost 320,000 people having been inoculated in Vietnam.

All eight infections were imported from Japan, six registered in Khanh Hoa Province, one in Nam Dinh Province, and one in Da Nang, the health ministry said.

The patients had been quarantined since their arrival by plane in the country earlier this month, it noted.

Vietnam has logged 2,865 COVID-19 patients, including 1,571 locally-transmitted cases, since the pathogen first struck it on January 23, 2020, according to the health ministry’s data.

The Southeast Asian country has gone 33 days without detecting any community transmission.

Recoveries have reached 2,516 while 35 patients have died, most having suffered critical pre-existing conditions.

Almost 60,000 people were administered the first shot of AstraZeneca vaccine on Tuesday, taking the total to nearly 320,000 since Vietnam started mass vaccination on March 8, the health ministry said.

Health authorities have warned of a possible fourth wave of infections in Vietnam as the virus is taking a toll on its neighbors Cambodia, Laos, and Thailand.

The number of COVID-19 cases in Cambodia has surged to over 11,000, with daily spikes recorded in the hundreds, while its deaths have risen to 82, according to statistics.

Thailand’s tally has mounted to almost 60,000, with more than 160 deaths, whereas Laos has locked down its capital to prevent transmission.

Border jumpers have been discovered sneaking into Vietnam from Cambodia to dodge obligatory quarantine over the past few weeks.

The Vietnamese capital has also shuttered crowded festivals and unnecessary gatherings for fear of a virus re-emergence.